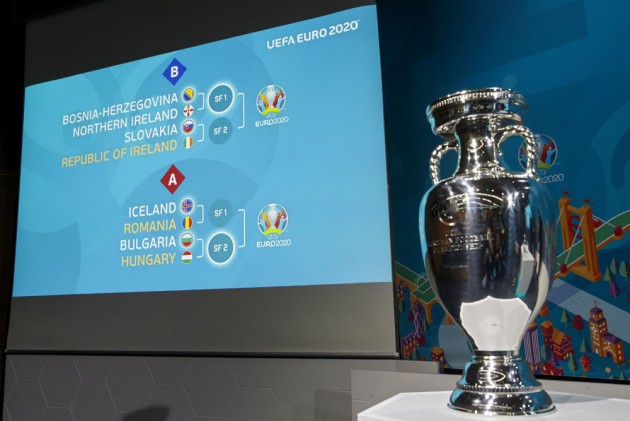 UEFA has postponed Euro 2020 until next year due to the impact of the coronavirus pandemic, according to the Norwegian Football Federation.

UEFA hosted a video conference on Tuesday with all 55 member associations and other necessary stakeholders to determine the outlook of the next few months in European football.

Euro 2020 was due to begin in Rome on June 12 before continuing in 11 other cities around Europe, but an early communication from the NFF claims the tournament has been put back to June 11, 2021.

"It will be played from June 11 to July 11 next year. More information to come."

COVID-19 has caused major disruption to sport across the globe, with precious few events still taking place as the confirmed number of cases worldwide approaches 188,000.

All of the major European football leagues have been postponed due to the pandemic, with the Premier League, Serie A, Ligue 1, LaLiga and Bundesliga all suspended at least until April.

However, with the infection peak not expected in the United Kingdom until June and cases increasing across the continent, many have suggested an April return for any of those leagues is unrealistic.

The Champions League and Europa League – which, like Euro 2020, are UEFA competitions – have also been put on hold.

The postponement of Euro 2020 buys Europe's domestic competitions a little more time to conclude the 2019-20 campaign, if possible.

Official communication from UEFA regarding the Euros, Champions League and Europa League is expected once Tuesday’s meetings have been concluded.