Coronavirus: Granada Request Postponement Of Real Sociedad Match Due To Lack Of Players

Granada have asked the Spanish Football Federation to postpone Sunday's LaLiga clash with Real Sociedad due to a high number of coronavirus cases. 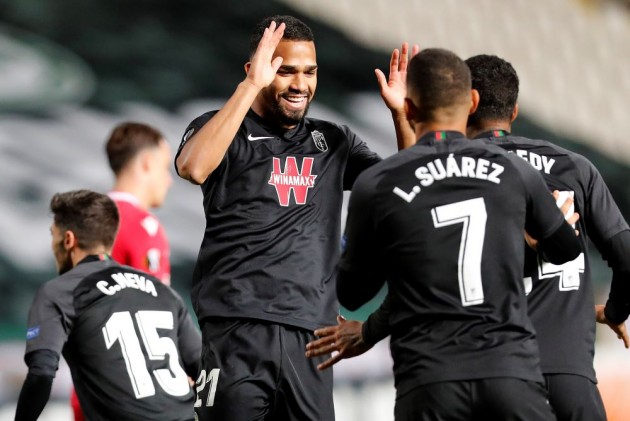 Granada have asked the Spanish Football Federation to postpone Sunday's LaLiga clash with Real Sociedad due to a high number of positive coronavirus cases in the camp.

Only players who have tested negative for COVID-19 and did not travel to Cyprus for Thursday's Europa League clash with Omonia Nicosia can play against Sociedad.

With Granada unable to name a 13-man squad for the game at Anoeta Stadium, the club have requested the game be pushed back to a later date.

A statement on their official website read: "The League has informed Granada that it only allows those players with a positive IGG index or a negative PCR and who have not travelled to Cyprus to travel to San Sebastian.

"Given these circumstances, the Club requests the postponement of the match as it does not meet the minimum number of players available from the first team that are required for the dispute of an official match."

Martinez's side are sixth in LaLiga after winning four, drawing two and losing only one of their first seven matches.