Having been criticised for a decision to furlough some non-playing staff, Liverpool have now changed their approach 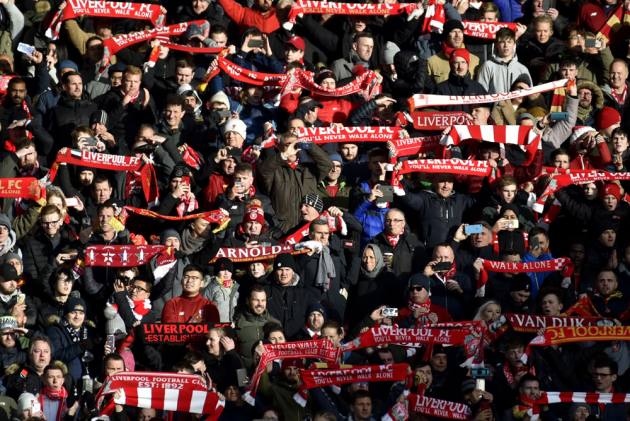 Liverpool have made a U-turn on their decision to furlough a number of non-playing staff impacted by the English Premier League's suspension following a backlash, CEO Peter Moore has confirmed.

The Reds announced of Friday they were following the likes of Tottenham and Newcastle United in taking advantage of the United Kingdom government's job retention scheme, meaning 80 per cent of some staff wages would be paid by the state.

But that move was widely slammed given the club had less than six weeks previously announced £42million pre-tax profits, with former Liverpool players Jamie Carragher, Danny Murphy and Dietmar Hamann among those to publicly lambast the decision.

Following the criticism, Liverpool have opted to seek alternative arrangements.

A statement attributed to Moore on Liverpool's official website read: "We have consulted with a range of key stakeholders as part of a process aimed at achieving the best possible outcome for all concerned.

"It is as a direct result of this extensive consultation and our own internal deliberations at various levels throughout the club that we have opted to find alternative means despite our eligibility to apply for the Coronavirus Job Retention Scheme.

"We believe we came to the wrong conclusion last week to announce that we intended to apply to the Coronavirus Retention Scheme and furlough staff due to the suspension of the Premier League football calendar, and are truly sorry for that.

"Our intentions were, and still are, to ensure the entire workforce is given as much protection as possible from redundancy and/or loss of earnings during this unprecedented period.

"We are therefore committed to finding alternative ways to operate while there are no football matches being played that ensures we are not applying for the government relief scheme."

Moore went on to highlight that, despite Liverpool's "healthy position prior to this crisis", they are not receiving revenue, breeding "great uncertainty and concern over our present and future".

Liverpool's decision comes on the back of Manchester City vowing to not furlough staff, while Manchester United are also reported to have told workers they will not go down that route.

The Premier League is suspended indefinitely amid the COVID-19 pandemic, with Jurgen Klopp's side 25 points clear at the summit.