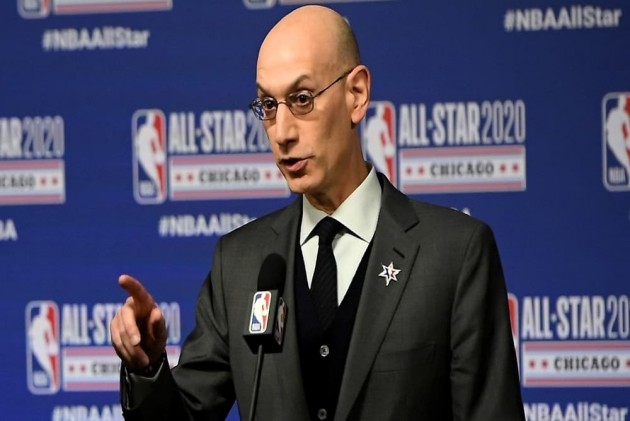 The NBA's suspended 2019-20 season is set to resume in Florida after the league and its Players Association formally agreed on a comprehensive plan to restart last month.

The agreement clears the way for the NBA to play games solely at the Walt Disney World Resort in Florida beginning July 30, with 22 of the league's 30 teams taking part in the resumption. Each team will play eight games to determine seeding for a 16-team playoff tournament, with the NBA to release a full schedule as well as national television broadcasts later on Friday.

As expected, all games at the Disney complex will be played spectator-free and will be held under strict health and safety protocols designed to minimise risks related to the coronavirus pandemic.

The NBA had already begun the process of testing players eligible to take part in the restart for COVID-19, with the league and the union announcing on Friday that 16 of 302 players examined tested positive. Per those protocols, any player with a positive test will be required to self-isolate until being cleared by a physician to return to his team.

That policy figures to be tested even with the league's attempts to contain players in a bubble environment. Confirmed COVID-19 cases in Florida have risen at a rapid rate of late, and have reportedly doubled within the Orlando era housing the Disney complex over the past few weeks.

The plan also contains an initiative to further address the issues of racial inequality and systemic racism, topics that have been at the forefront of the minds of NBA players following last month's death of African-American George Floyd while in the custody of a white police officer in Minneapolis.

"We have worked together with the Players Association to establish a restart that prioritises health and safety, preserves competitive fairness and provides a platform to address social justice issues," said Commissioner Adam Silver. "We are grateful to our long-time collaborator Disney for its role in playing host and making this return to play possible, and we also thank the public health officials and infectious disease specialists who helped guide the creation of comprehensive medical protocols and protections."

Players are scheduled to report to Orlando in early July with training camps slated to begin July 9. The first round of the playoffs is scheduled to start on August 17 with September 30 the target date for Game 1 of the NBA Finals.

"It is very exciting to officially announce the restart of the 2019-20 season," said NBPA executive director Michele Roberts. "It has taken true collaboration between the league and the union - special kudos to our executive committee and several other team reps - along with the continued support and assistance from medical experts, public health officials and many others."