The AIFF had earlier said all the remaining 28 matches of the I-League, including Sunday's marquee Kolkata derby between champions Mohun Bagan and East Bengal, would be played in empty stadiums owing to the pandemic 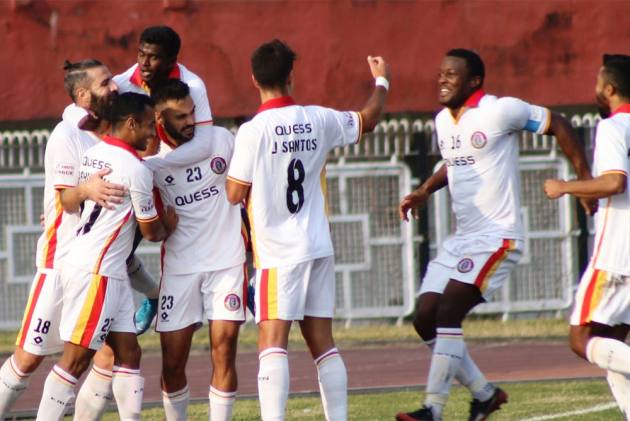 The All India Football Federation on Saturday suspended tournaments at all levels, including the flagship I-League, till March 31 owing to the COVID-19 pandemic. The suspension will come into effect from Sunday.

The AIFF had earlier said all the remaining 28 matches of the I-League, including Sunday's marquee Kolkata derby between champions Mohun Bagan and East Bengal, would be played in empty stadiums owing to the pandemic.

"Adhering to the advisories issued by the Ministry of Health & Family Welfare, and directives from several State Governments, all footballing activities under the aegis of AIFF stay suspended till March 31, 2020," the country's apex football body said in a statement.

The coronavirus outbreak, which has so far claimed over 5000 lives, has led to ether cancellation or postponement of many sports events across the world.

On Friday, the BCCI postponed the cash-rich IPL till April 15 considering the extraordinary situation.

A day after the sports ministry ordered that fans be locked out of sporting events in a desperate bid to halt the deadly coronavirus spread, an under-pressure BCCI relented and postponed the start of its most glitzy event from March 29 to April 15.

Besides the IPL and the India-South Africa ODI series, a host of other events in across disciplines have also been either postponed or cancelled.

And Indian football was no different.

"All India Football Federation understands and prioritises the importance of human health and life, an area which AIFF will never compromise upon. The AIFF will take a stock of the situation in the last week of March, and take a decision abiding by directives from relevant authorities at that juncture.

"All Hero I-League matches have been suspended from March 15, 2020 onwards.