Like Euro 2020, the forthcoming edition of the Copa America has been shifted back 12 months to 2021 as a result of coronavirus 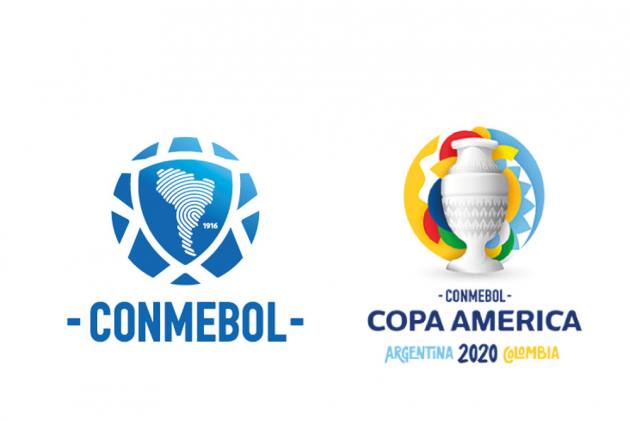 The 2020 Copa America has been postponed until 2021, CONMEBOL has confirmed.

Argentina and Colombia had been due to stage the tournament this year, but South American football's governing body has opted to delay by 12 months in light of the coronavirus pandemic.

It means CONMEBOL taking parallel steps to UEFA, which postponed Euro 2020 until 2021 on Tuesday – a decision the two federations acknowledged had been taken in co-ordination with one another.

A statement issued by CONMEBOL read: "After a detailed analysis of the situation regarding the world and regional evolution of the coronavirus (COVID-19), and of the recommendations made by international organisations in the field of public health to take extreme precautions, CONMEBOL announces the postponement of the 47th edition of the CONMEBOL Copa America to the dates of June 11 to July 11, 2021.

"The confederation, with its president Alejandro Dominguez in charge, along with the 10 presidents of the different member associations, considers that an event of this magnitude deserves that all the attention and effort be focused on its organisation; today's priority is in the background to protect the health and safety of the national teams, fans, the media and host cities."

Dominguez said: "It is an extraordinary measure for an unexpected situation, and therefore responds to the fundamental need to avoid an exponential evolution of the virus; already present in all the countries of the member associations of the confederation."

He said the decision had "not been easy", adding: "But we must safeguard at all times the health of our athletes and of all those who are part of the great family of South American football. Have no doubt that the oldest team tournament in the world will return with renewed strength in 2021, ready to make the continent and the whole world vibrate again with the passion that always characterises us."

Dominguez added: "We also thank UEFA and its president, Aleksander Ceferin, for the joint work and the co-ordinated decision to also postpone Euro 2020 for the benefit of the entire football family."

The tournament format for the next edition of the Copa America will feature a round-robin phase of two six-team groups, preceding quarter-finals.

Argentina, Bolivia, Uruguay, Chile and Paraguay are in Group A alongside guest participants Australia – although the Socceroos' busy 2021 schedule, which is set to be compounded by a backlog of 2022 World Cup qualifiers, means their participation now appears to be in jeopardy.

Colombia, holders Brazil, Venezuela, Ecuador and last time's beaten finalists Peru are in Group B, with Qatar returning as an invited team.