Coronavirus Pandemic: No Sporting Solace To Get Through COVID-19 Mayhem - What Do We Do? Wonder Fans

Before the coronavirus crisis caused mass cancellations and postponements in the last three days, March was to be a busy sports month. But as things stand now, there is very little live action for the fans 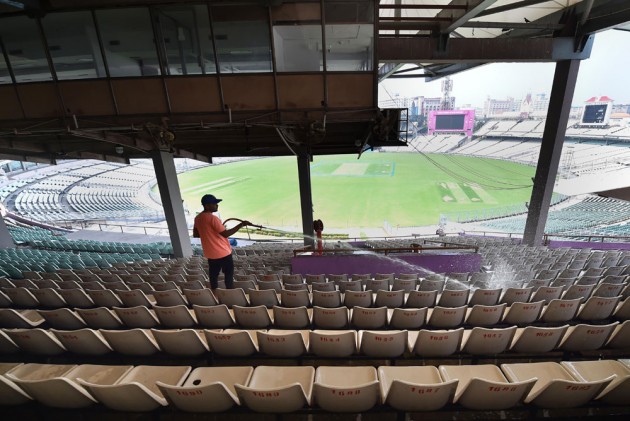 "What am I supposed to do now?" was a question many sports fans were asking on social media after the COVID-19 pandemic caused an unprecedented suspension of on-field action all over the world.

Before the coronavirus crisis caused mass cancellations and postponements in the last three days, March was to be a busy sports month. But as things stand now, there is no live action there for the fans once the All England Championships of badminton wind up in Birmingham.

On a normal weekend, fans have the league football from all over Europe to look forward to. In cricket-mad India, the choice could have been international series in different parts involving India, South Africa, Australia, New Zealand, England, and Sri Lanka.

For the racing aficionados, there would have been Formula One action in Australia,
not to forget the NBA, golf and tennis, events which have a loyal viewership of their own.

But with everything suspended to contain the virus, which has claimed over 6,000 lives and infected close to 160,000 people world over, even sports was unavailable as a panacea for an international community battling an imploding health crisis.

"We know times are wild right now and with no sports to watch, we are unlocking a few of our stories to give you something to read," read a tweet from a US-based sports magazine, which offered free access to some its major stories.

"Anybody wants golf lessons?? Might as well teach!" posted US-based Indian golfer Arjun Atwal after the PGA Tour was put on hold.

There were jokes galore on the current situation.

"Presenter: And now with the sports news, here's.....," read a tweet by a sports presenter.

"Sports Presenter: Erm sorry, there's no sports news as everything has been cancelled due to the #Coronavirus. Back to you!" he went on to quip.

"The #coronavirus has swept the globe in recent weeks and has forced people to stay home. To make things even worse there's no sports to get us through this!!" posted another Twitter user.

In India, the much-loved IPL, which was to start on March 29, has been put on hold till at least April 15 and all international and domestic cricket action has also been suspended for the time being.

Badminton's India Open stands cancelled and the shooting World Cup has been postponed till May-June.

The suspensions have been placed either till the end of this month or till mid-April but most administrators concede that if the situation does not improve, it could be quite a while before normal action resumes.

Amid all this, Japan, however, is adamant that the July-August Olympics will not be affected despite the country being among the worst affected by the deadly outbreak.

In the absence of live action, sports channels were left with no option but to run highlights of past events.

In Star Sports 3, which was to broadcast the India-South Africa second ODI from Lucknow, the prime time was filled with shows such as 'The return of the Lion' and old IPL matches.

Sony 6 was playing highlights of the first ODI between Australia and New Zealand, which was played behind closed doors at the Sydney Cricket Ground on Friday.

On the day, the only events telecast live were the All England Badminton finals on Star Sports 2, a far cry from the plethora of options normally available for the millions of sports lovers.