Coronavirus: Premier League 'Confident As We Can Be' But Season Could Still Be Aandoned

The Premier League hopes to start up again in June, after a three-month break, but doubts remain over whether a resumption is feasible 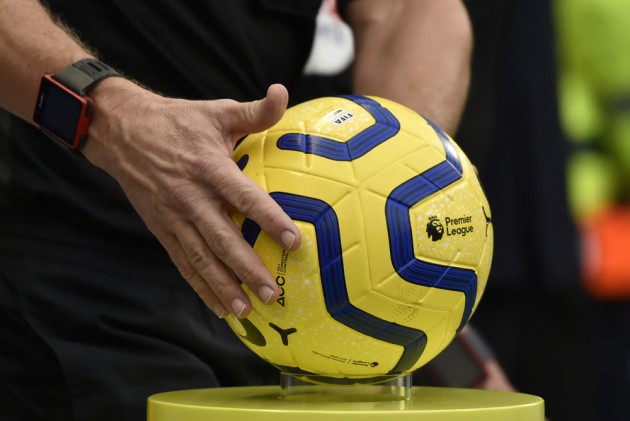 Premier League chief executive Richard Masters is pushing for the 2019-20 season to resume despite admitting the goal of completing the campaign may not be achievable.

Suspended since March due to the coronavirus crisis, there are still nine full rounds of fixtures to be played, while four teams have an extra game on top.

Liverpool are on the brink of winning the title but nothing has been resolved at the top or bottom end of the table.

And Masters admits the Premier League has not broached with its member clubs the question of what might happen if the season has to be abandoned.

"Curtailment is still a possibility and so what would happen in that environment is something we are yet to discuss with our clubs," Masters told BBC Sport.

He says the Premier League is "as confident as we can be" about a return to action, yet it remains the case that nothing has been rubber-stamped.

A June resumption remains the league's target - June 12 has been mooted - but the end of May is already not far away and no precise plans have been confirmed.

Talks have been held over whether clubs will be able to use their own stadiums for games, or whether neutral grounds will be required, and some players have declined to return to training due to COVID-19 concerns.

Most top-flight stars are back at work though, amid stringent testing and social distancing measures, and Masters said he would also have agreed to train, had he been a player.

Asked what his message would be to players, Masters said: "We've done everything we possibly can to make return to training as safe as possible for you and therefore for you and your family.

"We've put in place testing programmes and all of the different protocols in order to protect you and your livelihood, and we think it's safe to return.

"We have to respect those players that take a decision not to return to training, that is their prerogative."

Questioned on whether he would agree to train, Masters said: "I think I would. I've listened to all the arguments, I've been in the meetings, I've talked to the medical advisers, and I would be comfortable to do so."

The UK government has yet to give the go-ahead for contact training, which would be a major step towards getting the league back up and running.

In terms of the presentation of behind-closed-doors games, Premier League chiefs are looking closely at the example of the Bundesliga, which resumed last weekend.

Masters said: "We're speaking to broadcasters and clubs at the moment about what the Premier League's going to look like on television

"We've seen the Bundesliga last weekend. I think we'll take a slightly different approach to it, so you may see some new things happening, but we'll announce those things when we're ready."

All games would be played without supporters but there remain concerns over fans gathering outside stadiums.

Masters said a trophy presentation would be organised when the title is won, provided the Premier League could facilitate the handover.