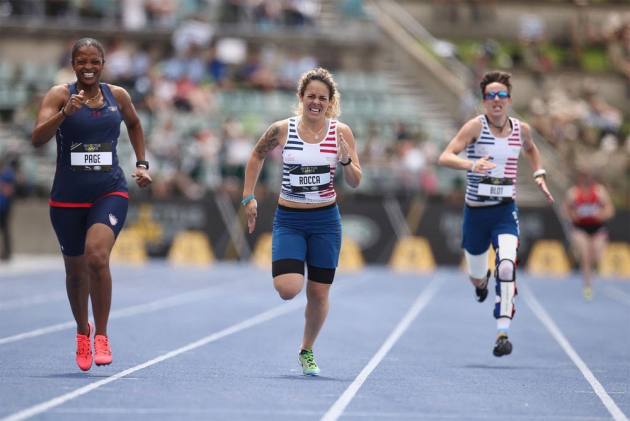 The UK's Prince Harry has cancelled the 2020 Invictus Games due to the coronavirus pandemic, while urging people to "look after themselves, their families, and each other", it was reported on Friday.

The games, which were created in 2014 by the Duke of Sussex for wounded, injured or sick armed-service personnel, were scheduled to be held at The Hague from May 9-16 and would have brought together more than 500 competitors of 19 different nationalities, reports the Metro newspaper.

In a social media post on Thursday, the Duke of Sussex, who has stepped down from front-line royal duties but continues to work closely with the games, said: "I'm so grateful for everybody who has worked so incredibly hard over the last couple of weeks to try and find any alternative to try and carry out these games, in a different way and in a safe way.

"But this decision was the most sensible and the safest option for all of you, for your families as well as everybody else involved in these games."

The @WeAreInvictus patron, the #DukeofSussex, has released a video message to the #InvictusGames competitors recognising their disappointment at the news, but that it's the best outcome for their safety and recovery. #CoronavirusUpdate #IG2020 #COVID19 pic.twitter.com/SLbT7QOl7D

On a lighter note during the announcement, Harry told the participants that "the good thing is you have an extra 12 or so months to be even fitter, to get even fitter than you already are".

Prince Harry has attended the games since its inaugural London 2014 event, and has gone on to host further competitions in Orlando in 2016, Toronto the following year, and Sydney in 2018.

The 2017 games in Canada, where the Duke and Duchess of Sussex now live, was Meghan Markle's first public appearance alongside Harry after their relationship became public, said the Metro newspaper.

In a shocking announcement last month, the couple said they planned to step back from their duties as senior members of the royal family and "transition into a new working model" last month.

The Sussexes' new role was agreed after a summit of senior royals was convened by the Queen at Sandringham to discuss their desire to take a step back and strive for financial independence.

It will be reviewed after a 12-month period.

The Duke and Duchess were in the UK earlier this month to wrap up their last royal engagements before stepping back as senior royals on March 31.