There have been disagreements between the government and Serie A, but Italy's top-flight clubs want to finish the season 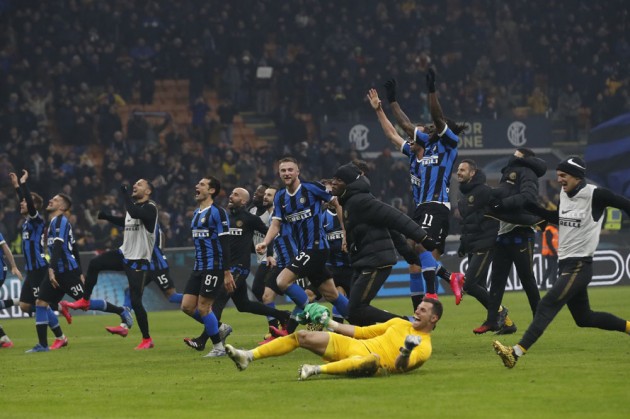 All 20 Serie A clubs have unanimously signalled their desire to complete the 2019-20 season, according to widespread reports.

An emergency meeting of Lega Serie A was being held on Friday during which it is said all teams were in agreement to resume the campaign rather than follow the leads of the Eredivisie and Ligue 1, which have ended their respective seasons amid the coronavirus pandemic.

There had been suggestions that some teams were opposed to the idea but reports said there was widespread agreement during the teleconference meeting, which was primarily being held to discuss the issue of TV rights, to finish the schedule.

Italian sports minister Vincenzo Spadafora this week warned the government may step in to end the season if agreement could not be reached with the league over medical protocols to restart matches.

Serie A president Paolo Dal Pino responded by calling for a united approach and added: "The minister can be sure of our constructive and collaborative spirit and that my harmony with the president of the FIGC Gabriele Gravina is absolute."

Other major leagues including the Bundesliga and Premier League are still aiming to complete their seasons.

Earlier on Friday it was announced four Serie A clubs could resume training on Monday after the Emilia-Romagna region of Italy relaxed its lockdown rules.

As well as reopening parks, gardens and cemeteries to the public, the region has also declared individual sport training sessions can start up again.

That could be good news for Bologna, Parma, Sassuolo and SPAL, although central government may yet overrule regional guidance.

All clubs can resume training from May 18 as it stands with government lockdown measures expiring a day earlier, although that is not guaranteed as they may yet be extended.

Defending champions Juventus were a point clear of Lazio through 26 games when the league was postponed.