A day after PCB announced that 10 cricketers, including Mohammad Hafeez, had tested positive for COVID-19, the former Pakistan captain shared a report claiming he has tested negative 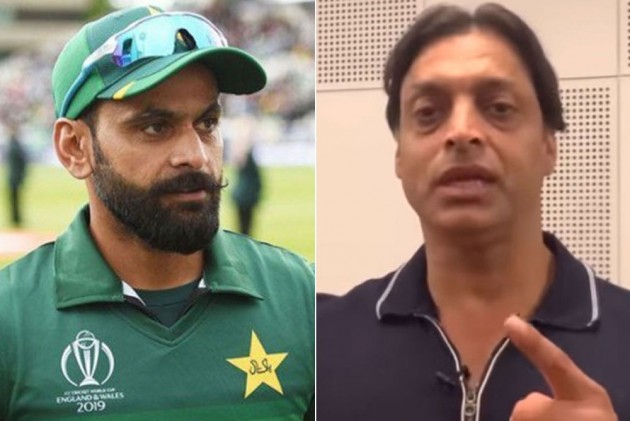 Former Pakistan pacer Shoaib Akhtar has said that all-rounder Mohammad Hafeez should have confronted the PCB instead of posting his coronavirus test result on social media.

"PCB showed a bit of mismanagement, we just started doing random testing of players, now players have tested positive for coronavirus, the worst-hit area due to coronavirus is maybe Lahore, then it is Karachi. I am sure that if you keep on testing, you will get more and more positive results," Akhtar said on his YouTube channel.

Hafeez had tested positive for COVID-19 when the Pakistan cricket board conducted the first round of tests of all the 29 England bound players along 12 support staff.

But the very next day, the former Pakistani captain posted a tweet with a report from a private medical facility where the result showed that he has tested negative.

"After testing positive COVID-19 acc to PCB testing Report yesterday, as 2nd opinion and for satisfaction I personally went to Test it again along with my family, and here I along with my all family members are reported Negative," Hafeez had tweeted.

According to a source in the board, the Shaukat Khanum Memorial hospital, which tested the players and officials did a retest of the earlier sample they had taken from Hafeez and it again came positive for COVID-19. It left the board fuming.

"Now, the tests are done, my advice to Hafeez was to go for the retest, but he should not have posted the result of his second Test on Twitter, he should have confronted the PCB, you should not get on bad terms with the board. The tour of England is important for Pakistan, we need to send our solid team there if we want to win the Test series," Akhtar added.

Pakistan national cricket team left for England on Sunday with 20 players and 11 support staff. They are scheduled to play three Tests and three T20Is in a bio-secure environment and the dates for the tour will be announced in due course.

Upon arrival in Manchester, the squad will be transported to Worcestershire where they will undergo testing. The visitors will then be isolated for 14 days, during which they will be allowed to train.