Couldn't Train Properly For Some Time After Coming Out Of Closet: Dutee Chand

Dutee Chand, India's fastest woman, is among the few athletes in the world to openly admit to the same-sex relationship 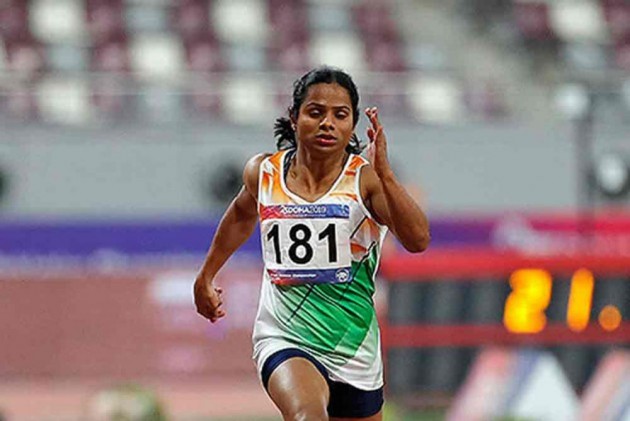 India's fastest woman Dutee Chand said Friday that she could not train properly for a while after revealing to the world that she is in a same-sex relationship.

But things have now settled down now after the initial turmoil, said the top sprinter who is among the few athletes in the world to openly admit to this type of relationship.

"My training was disturbed a lot initially. I've already told everyone how much stress my sister gave me. I couldn't train properly at least for 10-15 days after that. But now, I'm starting to forget everything and getting back to my training," said Dutee who won two silver medals at the 2018 Asian Games.

"I've received a lot of support from public and it has made me feel comfortable," she told reporters after the launch of 'Skechers GoRun 7'.

Explained: What Is Section 377 Of The IPC

Asked if she had expected a positive reaction from the public, she said, "I didn't expect anything."

"I felt within me that people might speak ill of me after I spoke about it. Because I'm an athletics celebrity, and maybe it will affect my game again, like in 2014. But by the God's grace, there's been no such thing.

"AFI, SAI, everyone has supported me, saying it's your personal life and no action will be taken due to it. In fact, they told me to train well," she added.

Dutee also said that "the more the people speak bad" about her "the more she focuses on her training."

She insisted that coming out of the "closet" was her personal decision.

"That's my personal life, I can't guarantee if people want to follow that or not. Not everyone thinks alike in this world," she said.

Quizzed whether athletes will be inspired by her decision, Dutee said, "I had suffered for the problems in 2014, but I felt good after coming back. Not just me, athletes around the world who were being stopped from competing are now being given a chance. So that's good."

Dutee won a landmark 'gender' case against the IAAF in an appeal to the Court of Arbitration for Sports in 2015 and she was allowed to compete after being suspended for one year.

The CAS suspended the IAAF's policy on hyperandrogenism for two years.

Later the world body changed the policy, which is now applicable only for female athletes competing in the range of 400m to 1500m, leaving out Dutee, who competes in 100m and 200m, from its ambit.

Dutee said he is keen to train in an academy in Florida (USA) to "change her technique in 100 metres" and is optimistic of getting funds from the government.

"Had planned to go to Florida but government didn't provide the fund. That's why I didn't go. I plan to go next year and now I am training in Hyderabad."

Asked why she needed to change her technique, Dutee said, "100 metres is a technical event, so you have to focus on every detail. From start to finish. I have shortcomings at every stage. So I can get more exposure from those people (foreign trainers).

"Basically, when I run, my body gets tight at the last moment. I still don't know why it happens. So, I will have to correct that," she explained.

The sprinter from Odisha is also gearing up to take part in the World University Games to be held in Italy next month.

Dutee said she will approach new sports minister Kieren Rijiju to request for her inclusion in the TOPS scheme.

"I had appealed to (Rajyavardhan) Rathore sir (earlier sports minister), and he said he will do it. Now the minister has changed, so I'll have to approach him again.

"Everyone keeps telling we'll do it but it hasn't happened so far. Our government's train runs very slow. Jab station mein lagega tab chadenge. (When it halts at the station then I will board it)," she said.

Asked about South African Caster Semenya's case, Dutee said, "When it was announced, I spoke to Caster. I told her that if you need any help my team will help you to fight the case. So with the help of my team, she appealed."