The Indian men's hockey team was scheduled to play against Spain on May 15 and 16, followed by the two-leg tie in Germany on May 23 and 24. 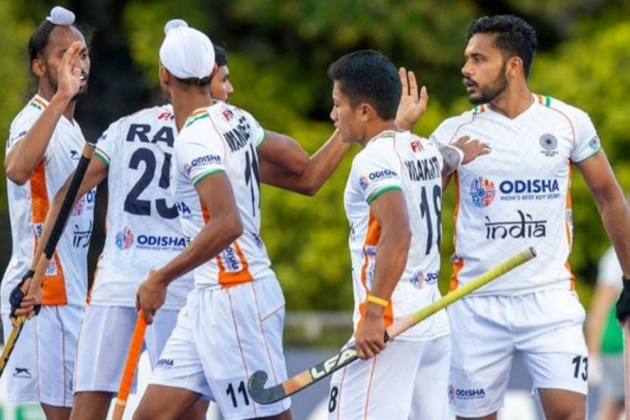 India's upcoming FIH Hockey Pro League away fixtures against Spain and Germany later this month have been postponed due to the international travel restrictions imposed in the wake of surging COVID-19 cases in the Asian country, the world body (FIH) informed on Tuesday.  (More Sports News)

The Indian men's hockey team was scheduled to play against Spain on May 15 and 16, followed by the two-leg tie in Germany on May 23 and 24.

"FIH, Hockey India as well as the Hockey National Associations of Germany, Spain and Great Britain – since the matches initially planned in London on 8-9 May were also postponed - are currently looking at all potential options to rearrange these matches at a later date," the International Hockey Federation (FIH) said in a statement.

"On behalf of the global hockey community, the International Hockey Federation (FIH) would like to express its support and strong sympathy to the Indian hockey community, as well as their families and friends.

"At this very hard time for India, a country so much linked to the history as well as the current development of hockey, our thoughts are with all Indian people," it added.

Last month, India's FIH Hockey Pro League matches against Great Britain, scheduled for May 8-9 in London, were postponed following the UK government's decision to add India to the travel 'red list' due to the surging COVID-19 cases there.

With India recording more than 3 lakh COVID-19 cases and 3,000 deaths daily for quite some time now, most of the foreign countries, including Australia, Malaysia, Germany, Singapore, New Zealand, UK etc, have suspended international flights from the country.
India is currently fourth in the FIH Pro League standings with 15 points from eight matches behind Netherlands, Germany and leaders Belgium.