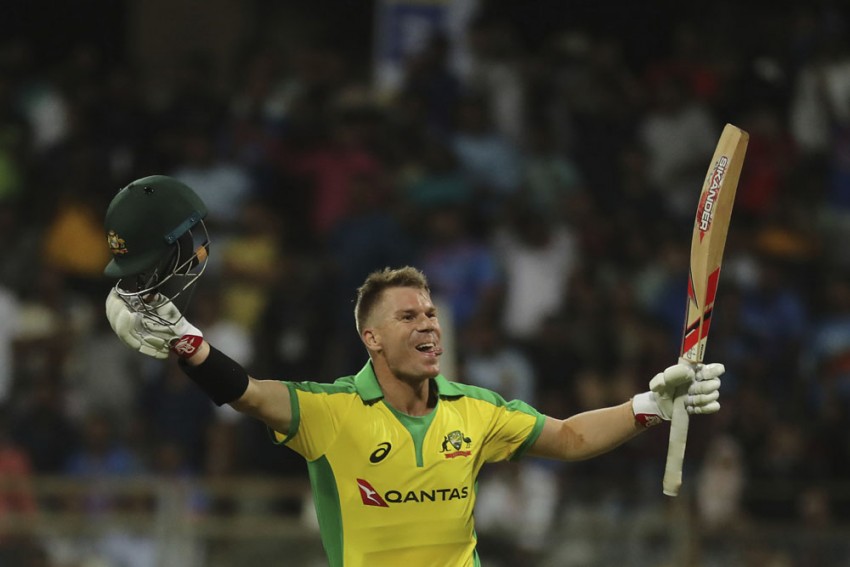 Seven top Australian cricketers who recently played in the IPL have pulled out of the country's white-ball tour of West Indies and Bangladesh.  (More Cricket News)

The two tours are part of team's preparations for the T20 World Cup later this year.

David Warner, Pat Cummins, Glenn Maxwell, Jhye Richardson, Kane Richardson, Marcus Stoinis and Daniel Sams have requested not to be considered for the tours for various reasons while Steve Smith has been rested to fully recover from an elbow complaint which flared during the IPL, Cricket Australia said in a statement.

The move will leave coach Justin Langer without seven of his best players four months out from the T20 World Cup to be held in October and November.

Cricket Australia on Wednesday named a 18-man squad for the twin tours. Australia play five T20 Internationals and three ODIs between July 9 and 24. The five-match T20 tour of Bangladesh is yet to be confirmed.

"The tours are subject to agreement on bio-security arrangements and relevant government approvals," the CA said in the statement.

Cummins, Maxwell, Warner, Stoinis and Richardson were released from hotel quarantine late last month following the suspension of IPL and Australia's subsequent border closure for all arrivals from India, which led to the Australian contingent spending more than a week in the Maldives before they could return home.

Richardson left hotel quarantine around three weeks earlier than the rest of the IPL contingent after he, Adam Zampa and AJ Tye flew out of India before the federal government's travel ban had come into effect. Richardson, who has a young son, has declined to tour, while Zampa and Tye will go.

Jason Behrendorff, Moises Henriques and Riley Meredith have all agreed to go for the tour despite also being part of the IPL contingent that recently left hotel quarantine having returned home via the Maldives.

National selector Trevor Hohns said they "are naturally disappointed not to have all players available for the Australian team at this time however the NSP respects the decisions of those who have opted out of this tour.

“Steve Smith was unavailable for selection due to an elbow injury and will now be able to use this time to fully recover ahead of the World Cup and home Ashes Series."

Hohns, however, said the missing out of some of the top players will present opportunities to others to push for selection in the Australian T20 World Cup squad.

“International tours in the time of Covid-19 undoubtedly present many additional challenges for athletes. This is a great chance for these players to make a case for the World Cup and all are considered very real prospects of making that tournament by performing well across these tours.”

If confirmed, the team will then play five T20 Internationals against Bangladesh.