Sergiño Dest, one of the latest victims in the Barcelona list, and Vinicius Jr. had travelled to Miami during Spain's winter break. While Vicinus was found to have returned a positive test on Wednesday, Dest also contracted the virus. 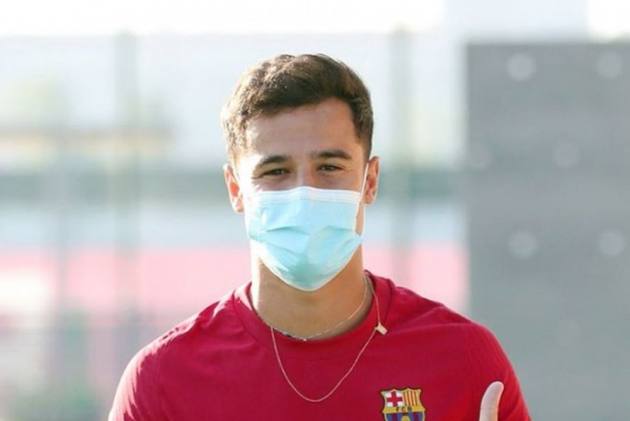 The number of confirmed cases of the coronavirus in the Barcelona squad swelled to 10 on Thursday, potentially jeopardizing the team's return to league play after Spain's winter break of nearly two weeks. (More Football News)

Sergiño Dest, Philippe Coutinho and Abde Ezzalzouli are the latest players to contract COVID-19, Barcelona said. They are self-isolating at home and the team said they were “in good health”.

Barcelona is also depleted by injuries going into Sunday's match at Mallorca in seventh place.

During the break, Dest and Vinicius had posted photos on Instagram of their respective trips to Miami. They included court-side photos at a Miami Heat basketball game and pictures with star Jimmy Butler. Vinicius' account included one of him with Heat guard Tyler Herro. They all wore masks in the photos.

On Wednesday, the Heat was unable to meet the NBA's requirement of eight available players for the game against San Antonio, leading to it being postponed.

Miami had 12 players listed as out because of a combination of injuries and positive virus tests.