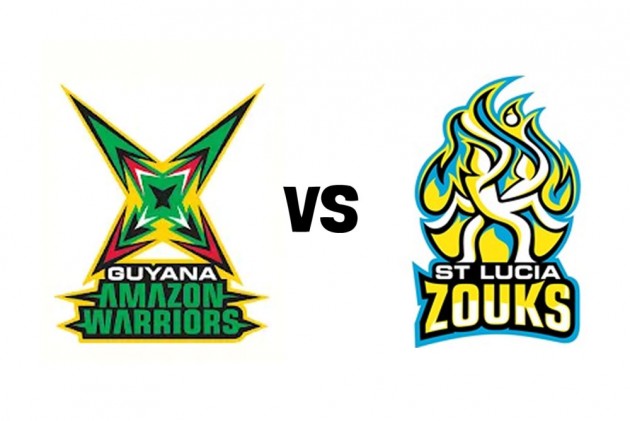 The first phase of the Caribbean Premier League (CPL) 2020 at the Brian Lara Stadium in Tarouba, Trinidad ends with a mouth-watering clash between Daren Sammy's St Lucia Zouks and the unluckiest team in the tournament's history, Guyana Amazon Warriors. (More Cricket News)

The popular T20 cricket league, which has adopted various measures to conduct the tournament in a safe environment, will move to the iconic Queen’s Park Oval in Port of Spain for another 10 matches, to be played from August 25 to 30. Then, CPL 2020 returns to Tarouba for the remainder of the season.

After nine matches, Zouks are top of the table with two wins from three outings. They started with a defeat against Jamaica Tallawahs, losing by five wickets, but registered back-to-back wins against Barbados Tridents, by seven wickets in a rain-affected match, which was followed by a 10-run victory over St Kitts and Nevis Patriots. Both the wins were set up by Afghan star Mohammad Nabi.

For the Warriors, who have lost five finals, including the last two editions, have also won two of their three matches so far. They lost to Trinbago Knight Riders in the rain-affected season opener by four wickets, then defeated St Kitts and Nevis Patriots by three wickets and Tallawahs by 14 runs. Shimron Hetmyer, who started the tournament with two back-to-back half-centuries remains their most potent threat, but he was out for a duck in the last outing. The Windies batsman will want to forget that and focus on the task at hand. Also, their two international veterans Ross Taylor and Imran Tahir are due for winning performances.

With the day starting with another mouth-watering clash featuring undefeated Knight Riders, either side will go for a win. A defeat will prove detrimental in their bid to stay up for the top finish.

Both sides are playing back-to-back matches.

Expect a thriller. With that here's everything you need to know about the match:

When is the 10th match of CPL 2020 between Guyana Amazon Warriors and St Lucia Zouks?

The Guyana Amazon Warriors Vs St Lucia Zouks match is on August 23 (Sunday).

What is the start time for Guyana Amazon Warriors and St Lucia Zouks cricket match start?

Where is the Guyana Amazon Warriors and St Lucia Zouks match being played?

Where can you live stream the Guyana Amazon Warriors and St Lucia Zouks match?

Live streaming of the Guyana Amazon Warriors and St Lucia Zouks match will be available on the FanCode and JioTV in India. The match can be also be watched on Disney+Hostar app's Star Sports channels.

The Guyana Amazon Warriors and St Lucia Zouks match will be shown on Star Sports Network.