In the second semi-final of the CPL 2020, St Lucia Zouks humiliated Guyana Amazon Warriors to set up a final date with Trinbago Knight Riders 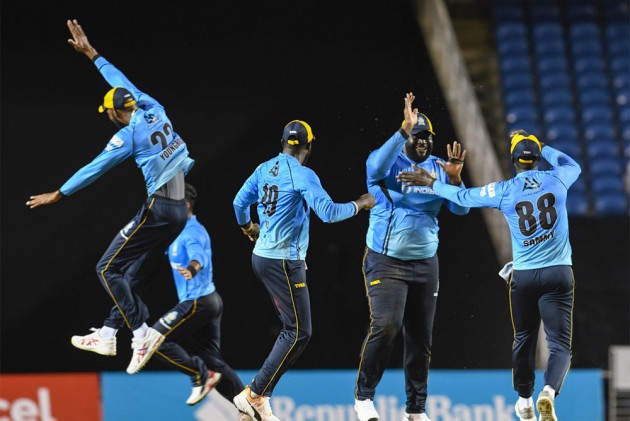 In one of the most one-sided matches in the history of the Caribbean Premier League (CPL), St Lucia Zouks crushed Guyana Amazon Warriors early Wednesday morning to set up a final date with undefeated Trinbago Knight Riders. (More Cricket News)

Zouks captain Daren Sammy won the toss and opted to ball at Brian Lara Stadium, Tarouba. And it proved to be the masterstroke as the Warriors innings lasted 13.4 overs. And the score - 55 all out, which is the second-lowest total in the history of the tournament.

The chase took just 27 balls with Rahkeem Cornwall scoring an unbeaten 32 off 17 balls. But the architect of the win was Mark Deyal, who scored 19 off 10 balls and also took two wickets for two runs.

But the second semi-final of CPL 2020 started with Scott Kuggeleijn removing Brandon King and Shimron Hetmyer off successive deliveries in the very first over.

Ever-reliable Mohammad Nabi then removed Nicholas Pooran to leave Warriors at 13/3 in the fourth over. Part-timer Roston Chase joined the party by removing Ross Taylor and Keemo Paul.

Then Deyal removed both Hemraj, Warriors' top scorer with 25 off 26, and Romario Shepherd off successive deliveries in the 13th over.

Earlier, Kieron Pollard-led Knight Riders dished out a brilliant performance to beat Jamaica Tallawahs for their 11th win on the trot and book a final spot.

The final will be played on Thursday at the same venue.