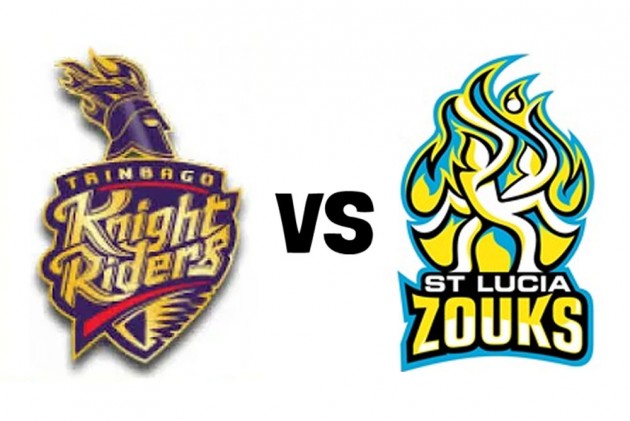 The final of the CPL 2020, featuring some of the hottest talents in world cricket, will serve as the perfect warm-up game for a much bigger T20 tournament which starts nine days later in the United Arab Emirates. After Thursday's title clash, the majority of these so-called cricket mercenaries will join new teammates in another part of the world.

If you care, both the finalists have Indian Premier League (IPL) links, and thanks to their global star cast, have a massive following in the Indian sub-continent.

While Knight Riders have ownership the same as Kolkata Knight Riders, the Zouks are owned by the same promoters as Kings XI Punjab. That's interesting.

Knight Riders are now in a position to complete the first perfect season in CPL history. They have won all 11 matches played so far. Kieron Pollard & Co can actually hope to become the first true 'Invincibles' in cricket. They just need to beat the Zouks at Brian Lara Stadium, Tarouba, Trinidad.

And that's where the problem lies.

Zouks, which finished third in the league table with six wins from ten, will not be pushovers. Led by ever-resourceful Daren Sammy, Zouks are hungrier than ever as they look for their maiden CPL title. And Sammy himself is 36.

Coming into the knockouts, Zouks were blowing hot and cold. But when it mattered, they showed their class by humiliating a confident-looking Guyana Amazon Warriors side.

In contrast, though, Knight Riders have an endless list of match-winners. They are the Galácticos of CPL - Pollard, Dwayne Bravo, Sunil Narine, Colin Munro, Darren Bravo, Lendl Simmons, etc.

In the league stage, Knight Riders beat Zouks by six wickets in the rain-affected match at Port of Spain and then by 23 runs in Tarouba.

What happened in the semi-finals:

The Knight Riders restricted Jamaica Tallawahs to 107 for seven and then chased down the target with nine wickets and five overs to spare to give them a chance to win a fourth CPL title.

Zouks were even more ruthless as they bowled out Warriors for 55 in 13.4 overs for the lowest total this season, then wrapped up the match in another 4.3 overs without losing a wicket.

Both sides are likely to field the same XIs that featured in the semi-finals. In fact, there's no reason to tweak the XIs unless something untoward happens at the last minute.

Team of the tournament

Meanwhile, the team for CPL 2020 has been announced on the eve of the final. It was selected by the tournament’s commentary team – Tom Moody, Ian Bishop, Daren Ganga, Danny Morrison and Samuel Badree.

It features three players each from Knight Riders and Guyana Amazon Warriors, two players from Jamaica Tallawahs and one each from Zouks, St Kitts & Nevis Patriots and Barbados Tridents.