Veteran Pravin Tambe, who was disqualified by the BCCI, showed his worth by taking a brilliant catch before producing a ripper of delivery during Trinbago Knight Riders' 10-match winning run in CPL 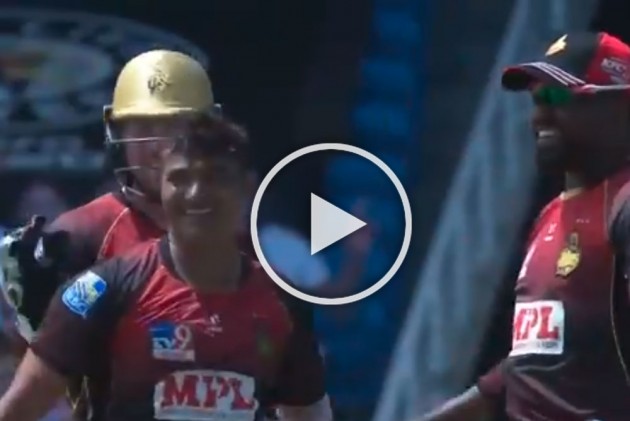 At 48, Pravin Tambe continues to set the stage on fire. The Indian spinner, who will be sadly missed in the IPL 2020, first took a stunning catch before producing an unplayable delivery during Trinbago Knight Riders' 10th win on the trot. (More Cricket News)

Tambe, a veteran of many T20 battles in the IPL, became the first Indian player to feature in the Caribbean Premier League (CPL) after he was disqualified by the BCCI for featuring in the T10 League in the UAE in 2018.

And the leg-spinner continues to prove his worth. On Sunday, he played a part as TKR registered a 'perfect 10'. In the last league match of the CPL 2020, against St Kitts and Nevis Patriots, Tambe took a running catch from backward point to end Ben Duck's stay in the middle.

In the very next over, he trapped Joshua Da Silva with a quicker delivery which kept its line.

It's a Pravin Tambe special here in Trinidad! Our Googly Magic Moment of the day! #CPL20 #CricketPlayedLouder #SLZvTKR #GooglyMagicMoment pic.twitter.com/XXQhk85bwp

Knight Riders dismissed clueless Patriots for a lowly 77, then chased down the target with ease. They won the match by nine wickets, and meet Jamaica Tallawahs in the first semi-final on Tuesday.