Trinbago Knight Riders dominated Jamaica Tallawahs in the first innings of the first semi-final of the CPL 2020. The Kieron Pollard-led TKR need 108 runs to make their fourth final 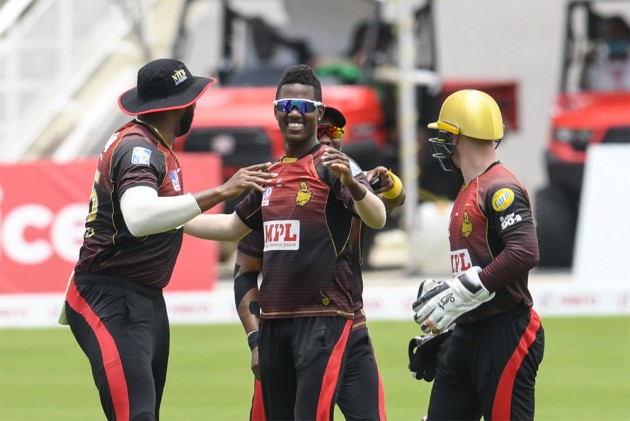 Put into bat by Knight Riders captain Kieron Pollard, Tallawahs lost four wickets inside five wickets, then a lousy decision all but killed their hopes as Andre Russell returned for just two runs.

The star all-rounder was given caught after the ball deflected off the pad to slip, to Dwayne Bravo off Sunil Narine. The score read 68/6 after 13.3 overs.

But Nkrumah Bonner (41 off 42) skipper Rovman Powell (33 off 35) played controlled knocks to guide to total to a, possibly, fighting total.

For Knight Riders, Akeal Hosein proved the catalyst as he wreaked havoc early in the match with three wickets. His figures read 3/14, including a maiden. Fellow spinner Khary Pierre claimed two.

Carlos Brathwaite did hit a six to end the innings with a flourish, if that's what they called it.

Tallawahs will need something special to beat the Knight Riders, who are on a ten-match winning run.

Knight Riders had completed a double in the league.

In the second semi-final, Guyana Amazon Warriors will take on St Lucia Zouks.