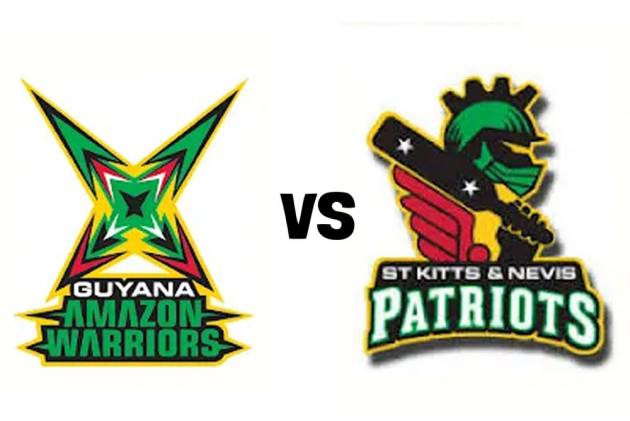 One of the most consistent sides in the Caribbean Premier League (CPL) T20, albeit without winning the title, Guyana Amazon Warriors face the youngest team in the tournament, St Kitts & Nevis Patriots in the second semi-final of the 2021 season. (More Cricket News)

Guyana Amazon Warriors have made the last four in each of the eight previous editions of West Indies' T20 league since its inception in 2013, but failed to cross that proverbial last hurdle. They have played five finals and also finished third on two separate occasions. Last season, they lost to St Lucia Zouks (now known as Kings) by 10 wickets after getting bowled out for 55 in the semis.

And once again, they are in the mix again, chasing the elusive title. The Nicholas Pooran-led side finished second in the league table with 12 points (with six wins and four defeats), losing out the top-spot to Trinbago Knight Riders on net run rate.

But they are on a three-match winning run. In their last league match, they defeated Jamaica Tallawahs by 14 runs to knock out the two-time champions.

Patriots, who joined the CPL bandwagon in 2015, have played one final -- losing to Trinbago Knight Riders by three wickets in 2017. Last season, they finished fourth in the six-team tournament.

This season, the Dwayne Bravo-led side started the campaign with five wins on the trot, then lost steam. Yet they finished the league stage with joint-most points (12). In their final league match, they lost to Trinbago Knight Riders by four wickets.

Warriors lead the head-to-head record 10-4 in the previous 14 meetings. This season, St Kitts & Nevis Patriots completed a league double over Guayana Amazon Warriors, winning by eight and six wickets in the two meetings.