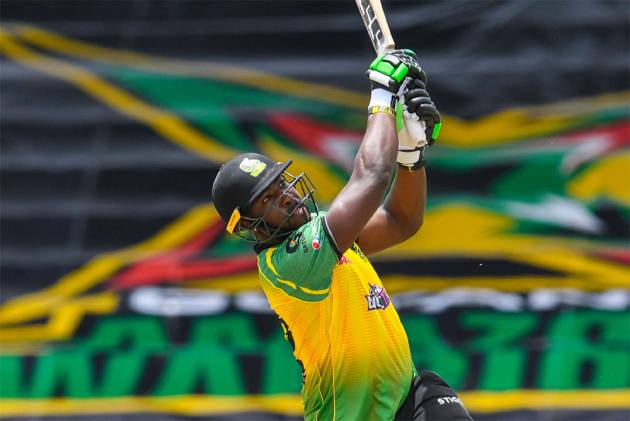 It was Friday mayhem in Warner Park, St Kitts as Jamaica Tallawahs' Andre Russell toyed with Saint Lucia Kings in one sensational display of power hitting. And one particular bowler, a certain Wahab Riaz, was at the receiving end of the onslaught. (More Cricket News)

In the third match of the Caribbean Premier League (CPL) 2021, Kings skipper Faf du Plessis won the toss, then went everything wrong for the team. Tallawahs got off to a flier with Chadwick Walton (47 off 29) and Kennar Lewis (48 off 21) putting on 81 runs in just six overs.

Then, Haider Ali and skipper Rovman Powell hit 45 off 32 and 38 off 26 to deflate the Kings attack. But it was only the appetiser.

Russell arrived in the centre in the 17th over, and produced a blitzkrieg hardly seen in cricket.

Russell then hit Obed McCoy for back-to-back sixes, then two more fours to returned unbeaten on 50 off 14. And the target set by Tallwahs for Kings was 256.

The previous fastest fifty in CPL was was off 15 balls, by JP Duminy for the Barbados Tridents against the Trinbago Knight Riders in 2019.

Tim David, the Singapore batsman who recently landed an Indian Premier League deal, played a fighting knock, hitting 56 off 26 balls but it was all in vain as Tallawahs registered a 120-run win.