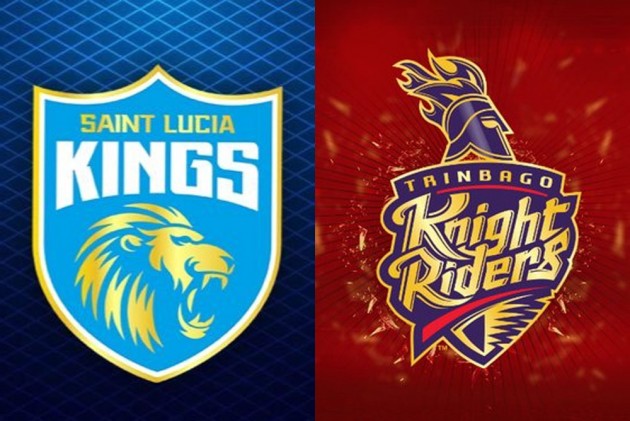 After suffering a hammering at the hands of Andre Russell-powered Jamaica Tallawahs in their first match of the Caribbean Premier League (CPL) 2021, Saint Lucia Kings will look for first points when they meet the defending champions Trinbago Knight Riders tonight (Sunday, August 29). (More Cricket News)

The clash will be a repeat of the last season's final. Then known as the St Lucia Zouks, they lost to Knight Riders by eight wickets with 11 balls remaining at the Brian Lara Stadium, Tarouba. Now with a new name and new captain, the Saint Lucia-based franchise will seek revenge. And the onus will be on former South Africa captain Faf du Plessis, who replaced Darren Sammy as the skipper of the team, especially after the lacklustre show in their campaign opener.

Knight Riders also started their season with a defeat, falling short by nine runs in their chase of Guyana Amazon Warriors' 142. Skipper Kieron Pollard himself failed to fire, managing just two runs off seven balls. But the most successful side in the history of CPL witnessed Pollard at his brutal best when they chased down Barbados Royals' 122. A six-wicket win with more than three overs to spare proved their title credentials.

In the previous 17 meetings, Knight Riders lead 13-2 in the head-to-head record with two matches ending in no results. Kings last win came in the 2016 season.

As things stand now, Saint Lucia are last in the six-team tournament, while Knight Riders are third.