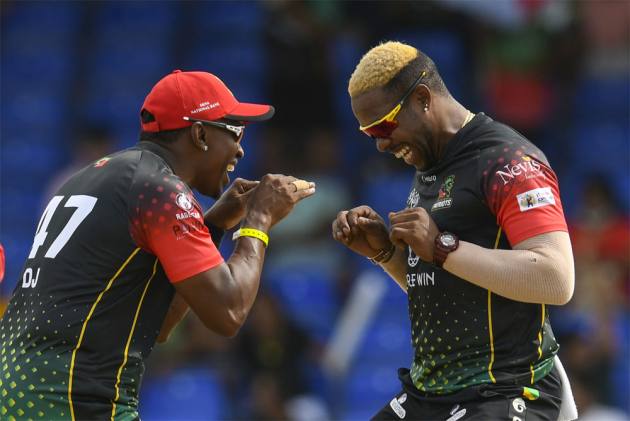 The win helped the Dwayne Bravo-led side complete league double over the Warriors. Only 24 hours ago, the Patriots had defeated Nicholas Pooran's side by eight wickets. The Patriots had opened their campaign with a 21-run win over Barbados Royals.

Pooran won the toss and opted to bat. After a sluggish start, opener Mohammed Hafeez (70 off 59) and Shimron Hetmyer (52 off 35) helped the Warriors reached 166/3. Chandrapaul Hemraj and Pooran scored 14 off 13 and 11 off nine, while Brandon King contributed six off four.

For the Patriots, Paul van Meekeren got a brace, while Fabian Allen claimed a wicket.

Devon Thomas (31 off 29) and Evin Lewis (30 0ff 28) added 69 runs for the opening stand as the Patriots got off the flier. But three quick wickets, with Imran Tahir claiming both the opener,  gave the Warriors a chance to fight back.

Needing 18 off 9, Rutherford hit Naveen-ul-Haq for back-to-back sixes to make it four off 6. And Fabian Allen hit the first ball he faced for a four in the last over to seal the win.

Warriors are now fourth in the six-team league with one win from three outings. Their only win came against defending champions, Trinbago Knight Riders, by nine runs. The two teams meet again on September 1.

Patriots next meet Jamaica Tallawahs on September 1 after the Rider-Warriors clash.