SA vs IND: Is Time Running Out For Ajinkya Rahane, Cheteshwar Pujara? Why Series Vs South Africa May Be Their Ultimate Test

Experienced top-order batsmen Cheteshwar Pujara and Ajinkya Rahane need to do more to keep upcoming batsmen like Shreyas Iyer out of the Indian Test Playing XI. 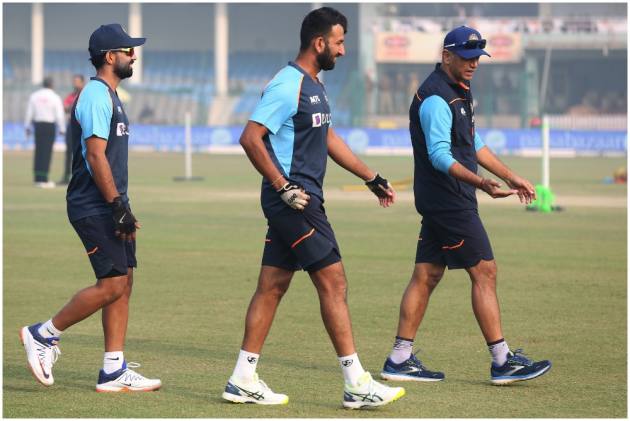 What has happened to the form of Ajinkya Rahane and Cheteshwar Pujara? The question has become quite common nowadays and the consistent failures of the duo in scoring big runs in Tests have only added fuel to a long-standing debate on how long will the team management keep backing the veteran top-order batsmen. (More Cricket News)

Clearly, there is a buzz on social media regarding the dipping batting performance of Rahane and Pujara, who, for a long time, have been among the most reliable men in the Indian Test Playing XI. The tour of South Africa could well decide their future. The second Test starts in Johannesburg on Monday.

They say form is temporary and class is permanent. But in a demanding world, where every millimeter of space in a national team is precious, the length of a rope offered to non-performing players often becomes a matter of debate.

Two men with 'solid' technique seems to have run out of both form and luck. Either the bowlers have found a way to breach their defence or the batsmen have paid for their indiscretion or simply poor shot selection.

Rahane has not been able to justify his overseas reputation. The fact that the former stand-in Indian captain enjoys an average of over 40 on foreign pitches makes him an obvious pick for overseas tours. But Rahane has been counterproductive and inconsistent on overseas tours in the last four years.

The year 2018 saw Ajinkya Rahane scoring at an average of 28.50 in the nine matches he played on foreign soil. After 2019 was lost to the COVID-19 pandemic, Rahane put up a mediocre performance in 2020, managing an average of around 39 across four games.

The year 2021 certainly saw the worst of Rahane as he not only performed poorly with the bat but his lack of runs also took a toll on his confidence. An average of below 20 in 2021 has only added to his poor scorecard.

Neither Pujara nor Rahane impressed on India’s recent outing to England as well. While Pujara scored 227 runs across four games at an average of 32.42, Rahane could manage only 109 runs in as many games.

The first home Test against New Zealand after the T20 World Cup once again saw the two players continuing their poor run of form. While Rahane scored 35 and 4 in the only Test he played against the Kiwis in Kanpur, Pujara ended the two-match Test series with 95 runs across four innings.

When their ouster looked imminent, the national selectors reposed their faith on Pujara and Rahane. They were named on the Test squad for the three-match series in South Africa and it wasn't unexpected. 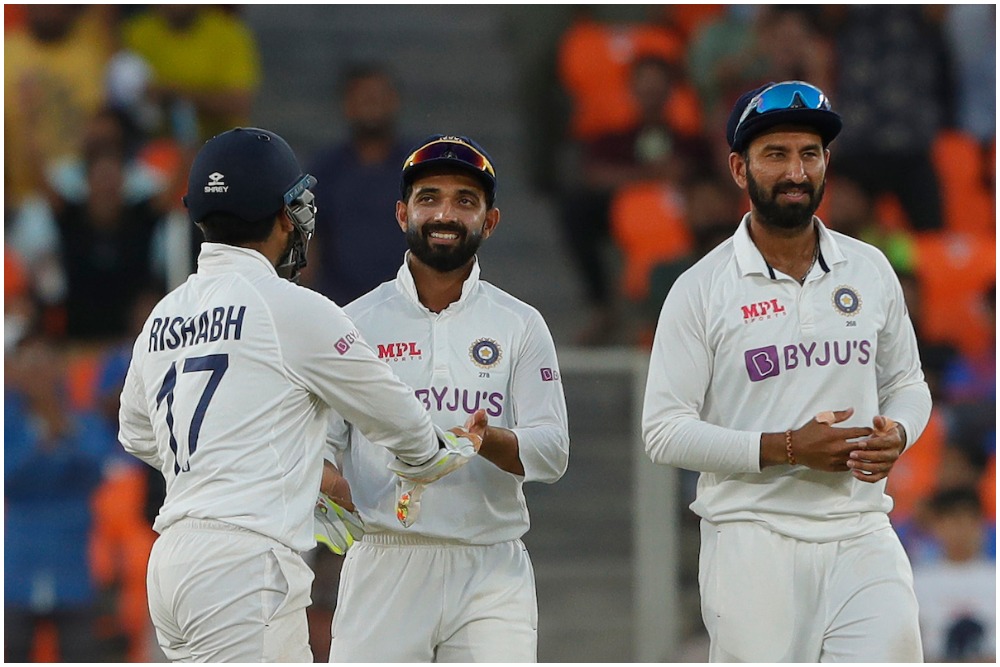 Cheteshwar Pujara and Ajinkya Rahane have plenty of overseas experience but their form in recent times has been counterproductive for the Indian cricket team. (Photo: BCCI)

Skipper Virat Kohli has immense faith in Rahane and Pujara's abilities and newly-appointed head coach Rahul Dravid is one man who will never rush to write off players with experience. Young players like Shreyas Iyer may feel left out after scoring a century on debut at home but overseas experience counts on overseas tours and particularly on pitches that aid swing and seam.

But the South Africa series too started on a poor note for Pujara. In the first Test at Centurion, where India won by 113 runs, Pujara had scores of 0 and 16. Rahane had relatively better scores, 48 and 20.

The South Africa tour will certainly be a massive test for both Ajinkya Rahane and Cheteshwar Pujara. That Rahane does not enjoy the 'most favoured batsman' tag anymore is clear after KL Rahul was handed the Test vice-captaincy. Pujara will be watched even more closely as India aim to take a 2-0 lead in the second Test starting at Wanderers on Monday.

Rahul has already celebrated his promotion with a bang. His century at Centurion was the cornerstone of India's historic victory at the SuperSport Park. And there are young men waiting in the wings.

While experience is a must-have on tours but for how long can you deny a Shreyas Iyer or a Suryakumar Yadav? And don't forget Hanuma Vihari and Abhimanyu Easwaran, India top-order options run quite deep.