India Test captain Virat Kohli contradicted BCCI president Sourav Ganguly's claim that the cricket board had requested him not to step down as the captain of the T20 team. 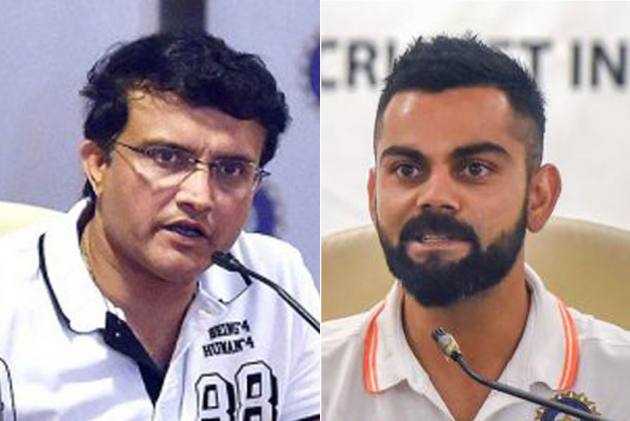 There is a widening chasm in Indian cricket. It's all too apparent. It's big enough to swallow even a legend, if one wants to read it metaphorically. Standing on either side of this divide are two legends, at least visibly. And when they make their claims, fans take those statements as the ultimate truth. Now, Indian fans find themselves navigating between two truths, one revealed by BCCI president Sourav Ganguly, another professed by Virat Kohli, the Test captain. (More Cricket News)

Kohli, who was removed as the ODI captain of the national cricket team, said Wednesday that the BCCI never asked him not to step down as the T20 captain. Kohli's 'sacking' as the ODI captain became a national topic with fans blaming the board for the unfair treatment meted out to the 33-year-old. The BCCI boss was forced to clarify the move.

Ganguly had put the blame on Kohli, saying “we had requested Virat not to step down as T20 captain but he didn't want to continue as captain. So, the selectors felt that they cannot have two white ball captains in two white-ball formats. That's too much of leadership."

Now, here's what Kohli said: "Whatever was said about the communication that happened about the decision that was made was inaccurate... I was contacted one and half hours before the selection meeting on the 8th for the Test series [against South Africa] and there was no prior communication to me at all since I announced my decision on T20 captaincy."

The BCCI selectors on December 8 named Rohit Sharma, who's already the T20 captain, as Kohli's successor for the 50-overs format.

"...the chief selector discussed the Test team to which we both agreed. Before ending the call, I was told that the five selectors have decided that I will not be the ODI captain to which I replied 'okay fine'," Kohli added. "In the selection call afterwards we chatted about it briefly and that's what happened."

Explaining his decision to step down as T20 captain after the World Cup, Kohli said: "When I left the T20 captaincy, I had first approached BCCI and intimated them of my decision and laid down my point of view in front of them... I gave the reasons why I wanted to quit T20 captaincy and my view point was received very nicely. There was no offence, no hesitation and not for once was I told that 'you should not leave T20 captaincy'."

"On the contrary, the BCCI called it a progressive step and in the right direction. At that time I had communicated that, yes I would like to continue in Tests and ODIs unless office-bearers and selectors think that I shouldn't carry on with this responsibility.

"I had clarified on my call and communication to BCCI was clear. I had given that option if office bearers and selectors think otherwise, then it's in their hands," Kohli said during the pre-departure press conference before the tour of South Africa.

Kohli, who took a leave after India's dismal T20 World Cup, returned the lead the team to an emphatic win against New Zealand in the second Test at Wankhede Stadium, Mumbai. He will lead Indian in the scheduled three-match Test series in South Africa.

And Kohli also dismissed rumours about him skipping the ODIs. He said: "I was and I am available for selection all the time. I never communicated with BCCI asking for rest. I am available for the ODI series in South Africa, and was always available."