Cricket In Hyderabad Has Suffered A Lot, Want To Bring About A Change: Mohammed Azharuddin 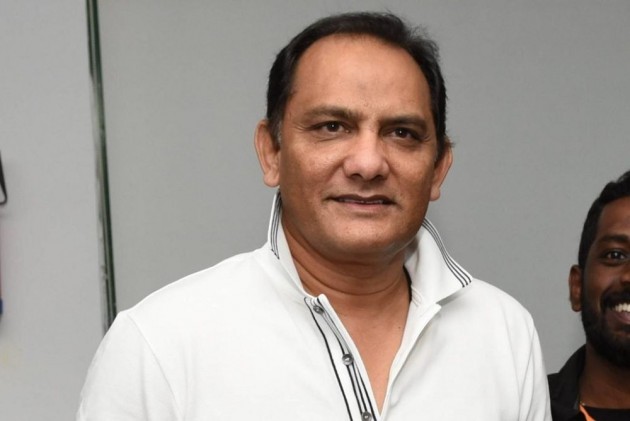 Mohammed Azharuddin’s wristy and silken on-side shots mesmerised cricket connoisseurs. Now the 56-year-old former India captain is contesting for the president’s post for the Hyderabad Cricket Association (HCA), for which elections will be held on September 27 (Friday).

Azharuddin, who was exonerated by the Andhra High Court in a match-fixing case on November 8, 2012, is widely believed to be the front-runner in a three-way contest. Initially, as many as 12 candidates filed the nomination for the top HCA post, but only three are now left in the fray after nine persons either withdrew voluntarily or their candidature was rejected by the electoral officer. However, it may not be a cakewalk for Azharuddin, after all. (CRICKET NEWS)

The middle-order batsman, who played 433 international matches, including 99 Tests, wasn’t allowed to contest for the same post at the 2017 elections by the then  returning officer K. Rajiv Reddy who had claimed that the BCCI hadn’t exonerated Azharuddin formally rescinded the life ban on him, even after the Andhra High Court giving him a clean chit. Azharuddin says his decision was biased. This time, the electoral officer, a different one though, allowed him to contest. Now, Azharuddin is upbeat about his prospects against K Dilip Kumar, a former cricketer and coach, and businessman Prakashchand Jain, also an ex-Chairman of the HCA Ad-hoc Committee (November 2016-March 2017), his opponents. Azharuddin has a full-fledged team which is contesting for all six posts.

In the last election Hyderabad Cricket Association in 2017, your nomination for the president’s post was rejected as, it was alleged, that the BCCI had not lifted the match-fixing-related ban. Now the wheel seems to have turned full circle.

They [electoral officer] had rejected it due to favouritism and illegally because the new BCCI constitution says that state elections should be conducted by an election commissioner and in 2017 it was an advocate commissioner [K. Rajiv Reddy]. They got an order from a lower court and appointed their own person and he did whatever he was told to. There was no way he could reject my candidature because I had been exonerated by the Andhra High Court. They made a grave mistake. That’s why they [his opponents and elected HCA office-bearers] fell on their faces because they did all the wrong things. When the beginning is wrong, the end will also be wrong. Had I contested would have won. Cricket and everything else suffered during these three years. It is shameful that there was not a single Hyderabad IPL team [SunRisers Hyderabad in the 2019 tournament] while the other IPL teams had three to four local players.

This time, how did you convince the HCA electorate that you were the right choice for the HCA president’s post?

I think everybody knew what was happening in the last three years. After they won the illegal elections in 2017, the president [politician G. Vivekanand] and the secretary [T. Seshnarayan] fought and then the president had a conflict of interest and was disqualified by the Ombudsman [Retd Justice L. Narasimha Reddy]. He then went to the Andhra High Court, and the court also disqualified him. He again put his candidature this time [and it was rejected by the electoral officer]. It is the height of desperation.

My question was what all you did to convince the voters?

I just spoke to people and everybody wanted me to come. Last time also their response was very positive but then things went wrong. If you ask me what three things that I would do if elected, I would say: ‘cricket, cricket, cricket – the most important thing’. I need to build the game of cricket, then the districts, and look after the clubs/institutions, and look after the secretaries because I received a lot of inputs from them. Their input is most important. Secretaries’ and HCA members’ job is not just to come and watch and vote; I want everybody to get involved.

Are you satisfied with the process that is underway for HCA elections?

How much of your experience of being a former Member of Parliament help in the HCA elections?

It does help a lot. Talking to people and convincing them to get votes etc will help. My being in politics for the last 10 years will definitely help. Both are different elections, but there is a similarity.

Are you surprised with the kind of support you are getting this time?

No, I am not surprised. Hyderabad always supported me. I am talking about cricketing circles. I am getting a lot of respect and support from the people.

Clubs are the backbone of Hyderabad cricket. How did you particularly convince them that you were the ideal person to lead the HCA?

People know that things were not going right for the last three years or so. They want somebody who can lead them from the front; somebody who can have a say in the BCCI; to set things right; get the funds; more international matches to host; and, more good players to come out of Hyderabad. Just by becoming president and sitting in the chair is not important; you have to work.

What were the factors that encouraged you to contest this time, and where did that confidence come from?

I have always been very confident. A sportsman is always confident, whether he wins or loses. Winning and losing is part of life. I am not worried about what is going to happen ahead. I just want to cleanse the game of cricket in Hyderabad; it has suffered a lot in the last two-three years. Many young boys and girls are very talented, but they have lost out on time.

What is your agenda?

I’ve not circulated any written agenda as such; I’ve told people that if you pick me I will be there for cricket and for the welfare of everybody – institutions, club secretaries etc. everybody has to be respected. I also want to do something for the districts because that’s where the real talent comes from. To improve cricket should be the sole agenda of everyone.

Do you feel that it would be easy to fulfil those promises, if you become president?

Fortunately or unfortunately, without holding a position you cannot work. Even if you are a Member of Parliament, or MLA, or a counselor, you can’t do anything unless you sit there. So, without a position, I can’t say to anyone ‘do this and do that’. They could ask me: ‘Who are you? Have you been elected? What authority do you have?’ Unfortunately, these things are like that. If I am in a position to do it, I will do it.

About five-six years ago, there were murmurs that Azharuddin might contest HCA elections but some people claimed then that you were not in touch with Hyderabad cricket. Is that true?

Even if I was not in touch with cricket, I knew more about it. What did the people who were in touch and running the game do? Why did it [cricket administration] come to this situation? I know more about cricket than anybody else, earlier and now as well. I have more information than anybody else. When I found out that things were not going on well, as a player who had represented Hyderabad it was my duty to ensure that the talented players go up right till the end. I know what difficulties the boys are facing. There is no dearth of funds; they have to be utilised in the correct way – in the development of cricket and the welfare of cricketers.

Are your panel members in consonance with your agenda?

We have a team that will work together. We are fighting as a group, for the posts of vice-president, secretary, joint secretary, treasurer, and counselor. Let us see what happens.

Some people are saying while you may be on a firm footing for the HCA president’s post, but your panel members for the various may not be as strongly placed. Do you agree?

No. How can I agree, please tell me? How can I say my panel members are not on a firm footing? Whoever is saying that you should him what they [the opposition] are doing. What have they done for the game of cricket to talk like that? I don’t have any answer to people who are only talking and blabbering.

It’s a hypothetical question. Just in case you win but your panel members lose, how would you implement your agenda?

You have to implement the agenda because everybody has to work in tandem. When you get elected, when you become Prime Minister of India, you are not the Prime Minister for a party; you are for all the people; and everybody has to fall in line. In HCA case, this ‘line’ is for the betterment of the game. You are elected to work; not to fool around and not to do things that are not good for the association.

Some people who were not on the same page with you till sometime ago are now supporting you. How did this turnaround come?

Everybody is supporting me. I don’t know who these people are. I do give a lot of respect to people and I get more respect. It’s about respect; it’s about understanding; it’s about how you talk to people. It is also about what your agenda is. Everybody wants to do something for cricket because in the three years everybody has suffered. You can’t recover the past; you’ve to work for the future. It’s very important.

There are inquires going on against some former HCA office-bearers for financial irregularities in the construction of the international stadium in Uppal, Hyderabad. They are now supporting you. Are you comfortable with that?

Inquiries are happening, but you are not guilty unless you are proven guilty. So many inquiries happen; and I don’t know about them. As I said, I can’t live in the past. If they are cricketers and supporting me, I am happy.

Now that you are contesting for HCA president’s post, does that mean you are at the moment not interested in going to the BCCI, for which elections are scheduled in October?

I don’t know about that. It’s too early for me to say anything. My main focus is to win this HCA election. Only after that can I think about other things. I first really want to do something for Hyderabad. I’ll see other things later. That is far too ahead; I don’t know what the future holds.

Are you parents and family supporting you?

Yes, they are happy that I am doing something for the game.