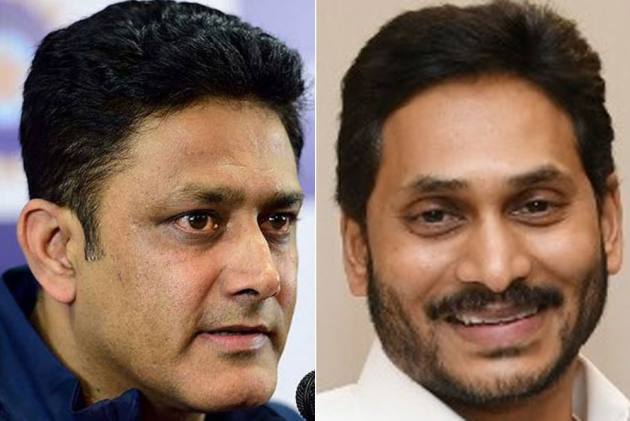 A release from the Chief Minister's office said the two held discussions on the development of sports.

Kumble told the Chief Minister that he would extend support if a sports university is set up in the state.

Cities like Meerut and Jalandhar currently have such facilities and it would be of great help if a similar factory is set up in Andhra, the release quoted Kumble as saying.

He offered to help in this regard, it added.