PILCOM was a committee formed by the cricket boards or associations of Pakistan, India and Sri Lanka for the purpose of conducting the 1996 cricket world cup tournament which was jointly hosted by these three countries 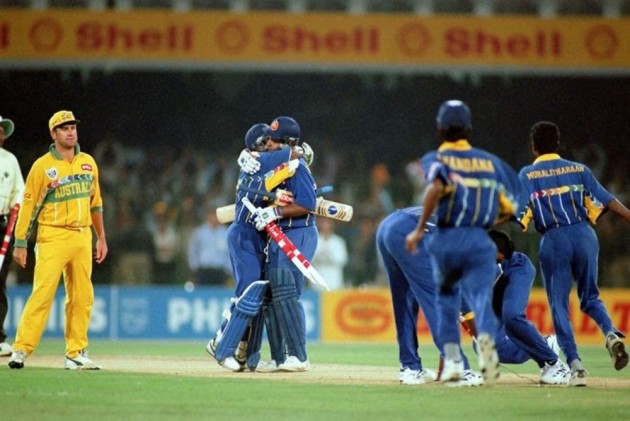 The Supreme Court Wednesday said that the Pak-Indo-Lanka joint management Committee (PILCOM), which was formed for the purpose of conducting 1996 cricket world cup, was liable to deduct tax at source for payments made to non-resident sports associations for the tournament. (More Cricket News)

PILCOM was a committee formed by the cricket boards or associations of Pakistan, India and Sri Lanka for the purpose of conducting the 1996 cricket world cup tournament which was jointly hosted by these three countries.

The apex court said that payments made to the non-resident sports associations for the cricket world cup tournament represented their income which accrued or deemed to have arisen in India.

A bench comprising Justices U U Lalit and Vineet Saran delivered its judgement on an appeal filed by PILCOM challenging the November 2010 order of the Calcutta High Court in this regard.

"In the premises, it must be held that the payments made to the non-resident sports associations in the present case represented their income which accrued or arose or was deemed to have accrued or arisen in India. Consequently, the appellant (PILCOM) was liable to deduct tax at source in terms of section 194E of the Act," the bench said, while dismissing the appeal of PILCOM.

Section 194E of the Income Tax Act deals with payments to non-resident sportsmen or sports associations.

The verdict noted that out of 37 matches played in all in the world cup tournament, only 17 were played in India.

Detailing the facts, the judgement noted that these three host countries were required to pay varying amounts to cricket boards or associations of different countries as well as to the International Cricket Council (ICC) in connection with conducting the preliminary phases of the tournament and also for promotion of game in their respective countries.

Two bank accounts were opened by PILCOM in London, to be operated jointly by the representatives of Indian and Pakistan cricket boards, in which receipt from sponsorship, TV rights and others were deposited and from which the expenses were met.

The Board of Control for Cricket in India (BCCI) had appointed its committee for the purpose of hosting world cup matches in India.

Since the convener-secretary of the BCCI's committee was functioning from Calcutta, necessary bank accounts were opened there for receipts and expenditure relating to world cup matches to be held in India.

Certain amounts were transferred from back accounts in London to the three co-host countries for disbursement of fees payable to the umpires and referees and also defraying administrative expenses and prize money.

It came to the knowledge of income tax (IT) department that PILCOM had made payments to ICC as well as to cricket control boards or associations of different member countries of ICC from its two London bank accounts.

Thereafter, the income tax department issued a notice to the office of PILCOM located in Calcutta asking it to show-cause why actions under the relevant section of IT Act be not taken against it for its failure to deduct taxes from payments made by it in accordance with section 194E.

During the arguments before the top court, PILCOM's counsel had said that payments were towards grant of privilege and had nothing to do with matches that were played in India and they were made in accordance with the decision of ICC in a meeting held in London.

PILCOM's counsel had argued that the amounts were made over in England and the basic question in the matter was whether any income had accrued in India.

The counsel appearing for the IT department had argued in the top court that income in question had arisen from a source of income in India, which was playing of cricket matches here, and the requirement of law was fully satisfied.

"Though the payments were described as guarantee money, they were intricately connected with the event where various cricket teams were scheduled to play and did participate in the event. The source of income, as rightly contended by the Revenue, was in the playing of the matches in India," the bench said.