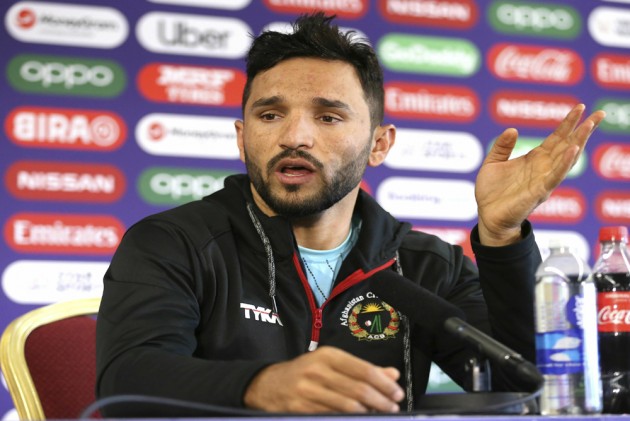 Afghanistan captain Gulbadin Naib admitted Eoin Morgan’s destructive innings was the best he has ever seen after his side slipped to defeat against England at Old Trafford. England skipper Morgan blasted a mesmerising 148 off 71 balls, including 17 sixes – a world record number of maximums for an ODI.

That helped the hosts rack up their highest-ever total at an ICC Men’s Cricket World Cup, 397/6, before securing an emphatic 150-run triumph that sent them back to the top of the table.

Afghanistan’s star spinner Rashid Khan struggled with final figures of 0/110 but Gulbadin was keen to absolve Rashid of any blame and conceded that a drop of Morgan in the deep on 28 was the pivotal moment in the match.

“From the start of the game, the boys did well for 30 overs but after that, England smashed every ball,” said Gulbadin.

“We dropped Morgan on 28, so if we didn’t then maybe they don’t get that score. Maybe we lost from there.

“I’m not disappointed by Rashid – he’s one of the best spinners, a star player in the world. This happens to any player, not just Rashid.

“It wasn’t his day but that’s cricket – sometimes you do well, sometimes it’s like this. I’m happy with him, it’s not a big deal. Inshallah he will become stronger from this.

“But you have to give credit to England and Morgan especially for his batting. He showed his class and I have never seen this kind of batting before.”

While England climbed back to the top of the table, Afghanistan are still bottom of the pile with five defeats from five games.

However, for the first time in this tournament they completed 50 overs with the bat – making 247/8 as Hashmatullah Shahidi led the way with an impressive 76 from 100 balls.

It was a battling performance and Gulbadin claims his side showed enough fight in defeat to leave him feeling good about the upcoming matches.

“We take a lot of positives from this – I thought we did well in every department,” he added. “We missed one catch off Morgan and we lost from there.

“After 30 overs, the score wasn’t too bad, so we take a lot of things from here – we are improving day by day in each department.

“It was definitely a good thing for the team that we batted 50 overs as well – that is a positive sign.”