Shakib Al Hasan is the top-scorer at the Cricket World Cup 2019 with 384 runs. Australia face Bangladesh at Trent Bridge on Thursday with both teams eyeing a place in the knockout stages 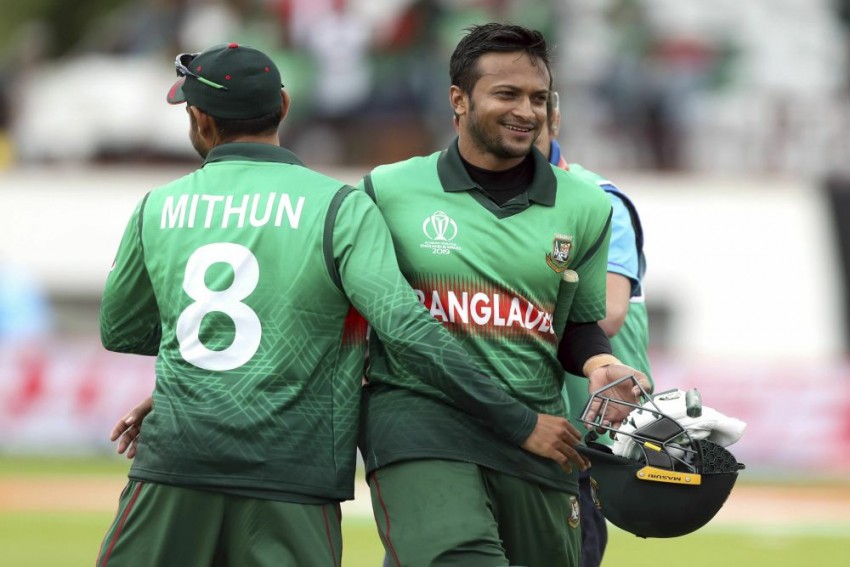 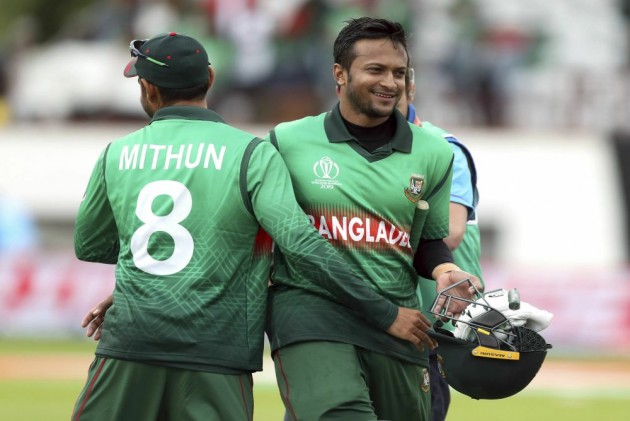 Shakib boasts an unmatched 384 runs this Cricket World Cup 2019 but batting is far from the only string to his bow, taking five wickets in his four matches to date.

It’s those types of performances that have seen him ranked third or higher in the ICC ODI Rankings for all-rounders every week since first topping the charts in 2009.

So when it comes to Thursday’s meeting at Trent Bridge, Australia have every right to fear a man who guided the Tigers to an impressive seven-wicket win over West Indies with an unbeaten 124 last time out.

“Bangladesh are playing some really good cricket at the moment and it's led by Shakib,” said Carey. “We’ve put our time into Shakib and all the players at the top of the order as well as their bowling.

“We know Shakib's a big threat and has done a lot of the work for Bangladesh at the moment as well as Mehedy (Hasan Miraz) and a couple of the other spinners.

“He’s probably in career-best form with the white ball. We know the areas and line and length we want to bowl to him and we'll assess the conditions as well.

“But there’s no extra planning, I don't think. We normally have our plans going into every game and we assess each player accordingly.

“We've prepared accordingly for the spin attack, they’re bowling really well at the moment so we've prepared for the conditions and for the attack.”

While Carey knows the threat of the 32-year-old, the assessment is not borne out of personal recollection – set to face Bangladesh for the first time in an ODI when behind the stumps at Nottingham.

Indeed this whole World Cup has provided entirely new experiences for the South Australian, featuring in his first global tournament 18 months after making his debut in the 50-over format.

It’s so far so good for the 27-year-old with his last Trent Bridge outing rewriting Australian record books, reaching 50 in just 25 balls for the fastest half-century for his nation in World Cups.

But the unfamiliarity far from stops there for a man who made his name batting at the top of the order domestically, making the most of slotting in at seven for Aaron Finch’s side.

“I've really enjoyed the role down at the bottom of the order, working alongside Steve Smith the last time we were here,” he added

“Hopefully I'm not in until the last five, ten overs and the top order has done the job, but at the moment I'm really enjoying the No.7 position.

“In the middle it’s about assessing the situation, last time we were here we were in a bit of trouble, there was a chance to just bat for a little while and try to change the momentum.

“When chasing you know the score and you know who you're batting with to sort of plan how we attack a run-chase.

“So I think the scoreboard dictates a lot of my role, it’s laid out in front of me and then I go out and try and execute as best I can.”