Steve Smith returned just in time for the Cricket World Cup 2019, but it will be very difficult for the former Australian captain to replicate what Sachin Tendulkar did for India in the mega event 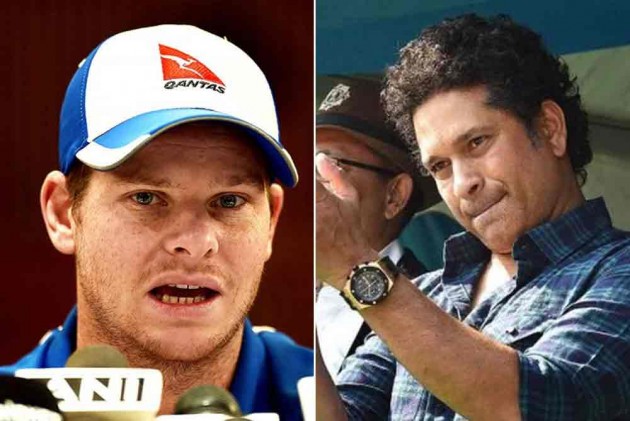 Ahead of the Cricket World Cup 2019, Australia coach Justin Langer has likened Steve Smith to batting great Sachin Tendulkar, claiming that the former Aussie captain is "literally a master of the game."

Well, comparison is fraught with danger, especially between players from different ears. But every now and then, even the finest of us indulge in this not so gracious business.

"[I] watched Steve Smith batting against New Zealand in those three practice games, he's literally a master of the game, so it's nice to have him back... He loves batting – he's shadow batting on the sand, he's shadow batting in the shower – I’m not joking," ICC reported Langer as saying.

Smith, 29, returned to the Australian national side after serving a year-long ban for his role in the infamous ball-tampering scandal in South Africa last year.

In the two warm-up games against a New Zealand XI at Brisbane, the right-handed batsman scored 89 not out and 91 not out.

So impressed with Smith's batting, Langer said it was like watching Tendulkar bat.

"Last week in Brisbane, [Smith] batted beautifully, he played an unbelievable shot off Nathan Coulter-Nile there - it was like watching Sachin bat. He's in pretty good shape I think," the former opener added.

The return of Smith and his partner-in-crime in the ball-tampering scandal David Warner has boosted Australia's chances of defending the title.

But it will be very difficult for the former Australian captain to replicate what Sachin Tendulkar did for India in the mega event.

Tendulkar, besides being the highest scorer in the history of the tournament with 2,278 runs, also has the most runs in a single tournament -- 673 in 2003.