England lost their second game of the Cricket World Cup after falling 20 runs short in Leeds vs Sri Lanka. Skipper Eoin Morgan wants team to bounce back vs Australia next week. 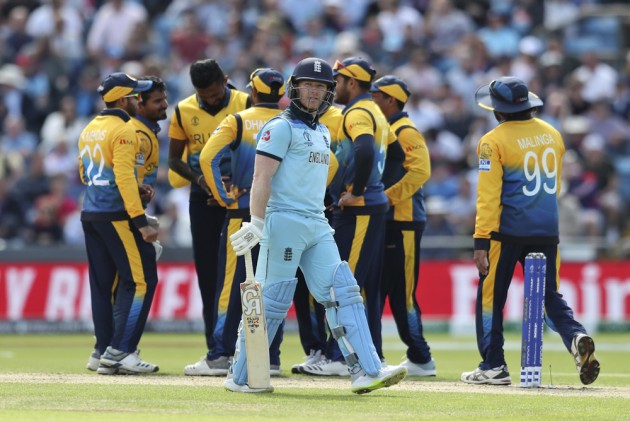 Eoin Morgan admits England forgot about the basics of a run chase in defeat to Sri Lanka – but has backed his men to come out swinging on Tuesday against Australia. England suffered a shock 20-run reversal at Headingley on Friday, failing to chase down what looked like a sub-par total of 232/9.

Victory keeps Sri Lanka in the hunt for the semi-finals and means England will not be able to secure a top-four spot with games to spare as they had initially hoped. Ben Stokes made an unbeaten 82 and Joe Root 57 for the hosts, but the former ran out of partners as Lasith Malinga led a remarkable fightback.

And with defending champions Australia looming large at Lord's next week, Morgan has demanded a response from his troops.

“You look at the basics of a run chase, partnerships are very important,” said Morgan.

“We struggled to get enough of them, or one substantial one, going. We had a couple of individual innings but that is not going to be enough to win the game.

“When we get beaten we tend to come back quite strong, we tend to resort to aggressive, smart and positive cricket so let’s hope that’s the case on Tuesday.

“The message is quite simple, we need to do the basics along with the way that we play as well.

“There is no reason why it shouldn’t be, we are going to play competitive games and are not going to win every game in this World Cup.

“We need to go back to the process that has taken us to being a strong side in the world.”

England remain without the injured Jason Roy at the top of the order and their slow start in the chase probably hampered their chances of winning.

Sri Lanka meanwhile had only won one game so far this tournament coming into the clash, but Morgan insists they didn’t underestimate their opponents in Leeds.

“Mally (Malinga), he has been around for a long time, so bowling like that is not a surprise at all,” he said. “We are going to lose games in the group stages.

“We didn’t deserve to win this game. There were a couple of challenges that presented themselves with the wicket and we didn’t overcome them.

“Quite a few wickets were turning points, simply in the fact that you have got guys coming in at six, who average 40, seven who average 30, we bat all the way down.

“So every single wicket is quite important because every single one could have salvaged a partnership that could win you the game.

“If you look at the games we have played. We would love (Roy) in the side and he is a huge strength at the top of the order but that is not why we lost the game or why we might have struggled on this wicket.” (With ICC inputs)