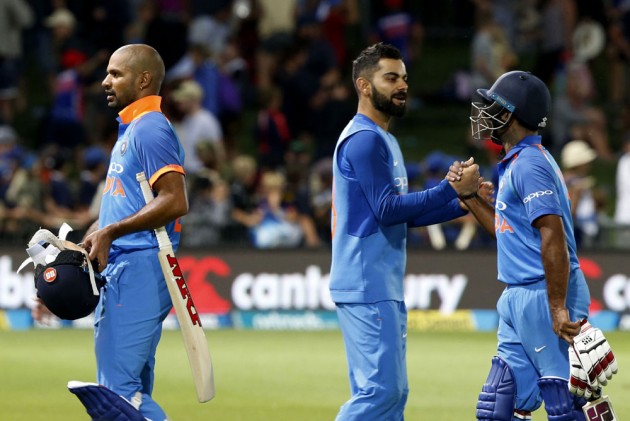 After days of anticipation, India have reportedly confirmed their 15-member final squad for the upcoming Cricket World Cup 2019.

There were uncertainties over Kedar Jadhav's spot in the squad, but with the team physiotherapist Patrick Farhart declaring the all-rounder fit, there is no need to tinker with the 15 which was provisionally named.

Cricket World Cup 2019: When And Where To Watch India's Warm-Up Matches

The 34-year-old Jadhav's participation in the ODI World Cup was doubtful after he had sustained a shoulder injury while fielding during an IPL match between Chennai Super Kings and Kings XI Punjab on May 5.

He had immediately left the field and it was reported that he would be out of action for at least two weeks.

On Saturday, Farhart submitted Jadhav’s fitness report, clearing him for the mega event. Th fitness test was conducted on Thursday in Mumbai.

India will start their Cricket World Cup 2019 campaign with a fixture against South Africa on June 5.

They will play warm-up matches on May 25 and 28 against New Zealand and Bangladesh respectively.