India's national selectors named a 15-member squad for the Cricket World Cup 2019. Vijay Shankar, Dinesh Karthik got the better of Ambati Rayudu and Rishabh Pant. The May 30 to July 14 showpiece will be held in England and Wales. 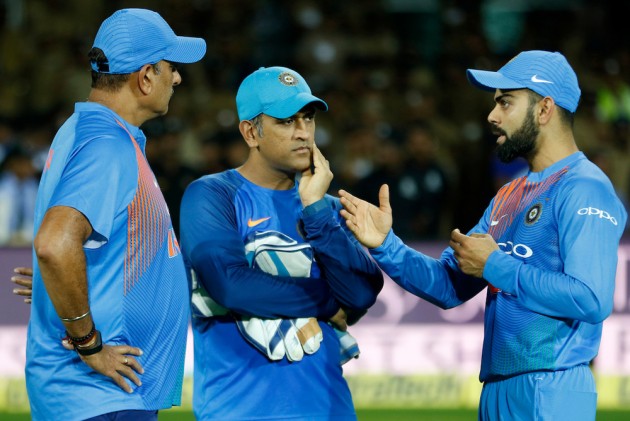 But there was no debate on KL Rahul's inclusion and he is set to be the third opener or a potential middle-order floater alongside Shankar.

As reported by PTI earlier, Prasad confirmed that Shankar is being seen as a potential number four candidate along with Rahul and Kedar Jadhav.

"The point that was discussed is that Vijay Shankar will bat at no.4 like Kedar Jadhav and we also have a role for KL somewhere at the top of the order. It all depends on the team management," Prasad indicated. 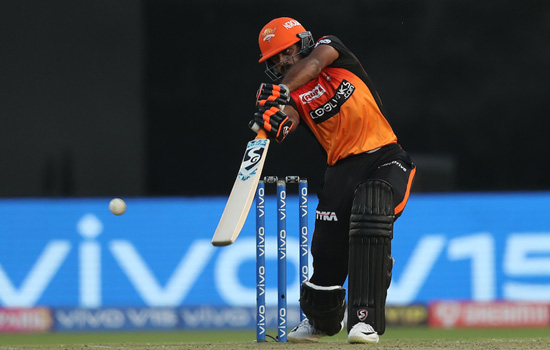 Courtesy: BCCI
Dinesh Karthik's experience won him the berth ahead of Rishabh Pant, said Prasad. "Pant is talented and has age on his side. Dinesh Karthik is the right man if MS Dhoni is not available," he explained.
Dinesh Karthik will be returning to India's World Cup squad after 12 years, after trumping Mahendra Sigh Dhoni's heir apparent Rishabh Pant, in a selection move which will be the talk of the town for quite some time.

The second wicketkeeper was the sole bone of contention for the marquee event starting in England and Wales on May 30 and the 33-year-old Karthik's experience of 91 ODIs gave him the edge over the 21-year-old Pant, according to the five-member selection panel headed by MSK Prasad.

Karthik, the oldest Indian player in terms of International debut (three months before Mahendra Singh Dhoni in September 2004), was also part of the Indian squad during its disastrous 2007 World Cup campaign. He, however, missed the bus in 2011 and the 2015 editions.

In the squad that was announced Monday, Dhoni will be playing his fourth, expected to be the final, 50-over World Cup. Kohli will play his third edition while Rohit Sharma, Shikhar Dhawan, Ravindra Jadeja, Mohammed Shami and Bhuvneshwar Kumar were all a part of the 2015 edition.

India captain Kohli's pre-IPL statement that the cash-rich league will have no effect on the selections proved to be prophetic as Pant's 245 runs in the T20 showpiece fell short of Karthik's 111 runs.

Naturally, Prasad had to field the maximum questions on Pant's omission and the explanation was Tamil Nadu stumper's experience.

"It is definitely a case which we have debated at length. In unison, we felt either DK or Pant will only come into the playing eleven if Mahi is injured. So, at that juncture, if it is a crucial match, a quarterfinal or a semifinal, keeping also matters," Prasad told reporters after the announcement of the squad.

"That is the only reason why we went ahead with DK otherwise Pant was almost there," he added. Courtesy: BCCI
Ravindra Jadeja's all-round skills and his ability to be restrictive on dry wickets came into consideration during his selection in the 15.

"In the last one and half years, it is these two wristies (wrist spinners Yuzvendra Chahal and Kuldeep Yadav), who have won us the games but there might be situations where, you require an additional all-rounder in the playing 11, (this is) where Jadeja comes in," Prasad explained.

"And in the second part of the tournament, when the wickets will be more dry, we felt Jadeja will be handy."

With Hardik Pandya and Shankar to perform the duties of a combined fourth pacer, there was no place for an additional specialist speedster in the line-up.

Bhuvneshwar Kumar will be the back-up pacer and Jasprit Bumrah and Mohammed Shami are expected to start in all the big games, fitness permitting.

However, Prasad said that Navdeep Saini and Khaleel Ahmed's names were discussed.

It is expected that both the young fast bowlers will be traveling with the team to England as back-up, who could be drafted in if anyone from the pace troika of Bumrah, Shami and Bhuvneshwar gets injured.

India start their Cricket World Cup campaign against South Africa on June 5 at Southampton. Four days later, India play defending champions Australia in London. Australia, too, named their squad on Monday including Steve Smith and David Warner.
Most Indian players are currently playing the Indian Premier League. India's last ODI series was at home against Australia. India won the first two matches but lost three on the trot to lose the series. On their tour Down Under in 2018-19, India defeated both Australia (2-1) and New Zealand 4-1 to establish their limited overs credentials overseas.
(With PTI inputs)