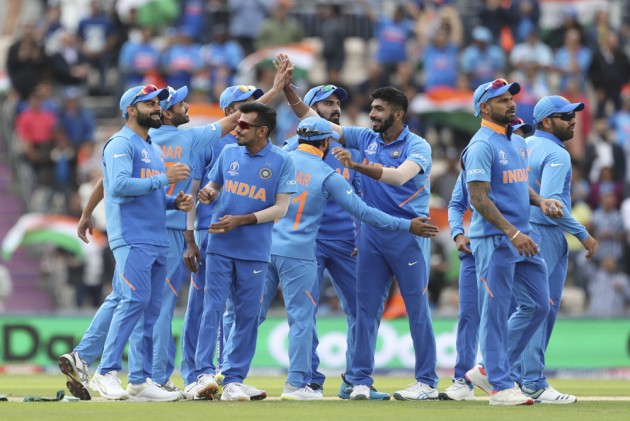 Since his making his international debut, Jasprit Bumrah has grown by leaps and bounds. The bowler is putting in a good shift in the ongoing Cricket World Cup, registering four wickets and conceding 210 runs. Fielding coach Ramakrishnan Sridhar feels that Bumrah has become one of the most improved fielders for India over last three years due to his huge work ethic. The coach also praised the likes of Rohit Sharma, Virat Kohli, Ravindra Jadeja and Hardik Pandya.

Everybody knows that the 25-year-old is a match-winner with the ball, but according to Sridhar, he wasn't a good fielder before.

During a media interaction after India Vs New Zealand was called off due to rain, Sridhar said that the Gujarat native is one of the hardest workers in Team India when it comes to fielding. "From when he joined the team in 2016 to what he is now, he's a massive improvement, although still a work in progress, but a massive improvement," stated the former Hyderabad cricketer.

"The mindset of the players combined with the increased levels of fitness, and then we can chip in with the technical aspect of fielding and the awareness and anticipation part. So combining all this definitely helps them improve their fielding skills," added the 48-year-old.

The former orthodox bowler explained that the coaching staff concentrates a lot on fielding awareness and fitness; crediting Shankar Basu (India's strength and conditioning coach). He went on to say, "We've got a lead-up to this tournament to work with Chahal, Bumrah, Kedar, guys like this, who are willing to work really hard and to work on their skills. So that really helped."

He was also full of praises when asked about the Men in Blue's fielding skills. He praised Sharma for being an excellent slip catcher with safe hands. He also commended Kohli and Jadeja.

Regarding the duo, he quipped, "Virat and Jadeja, who are very intimidating to the position. They can intimidate any batsman, and they are prowling in the 30-yard range."

Lately, Pandya was on the received end of good words from none other than the legendary Kapil Dev. Even Sridhar complemented that the Mumbai Indians player is always ready to help the team in fielding.

He also said that the main element in a sporting arena is right attitude, which is aplenty in the Indian team.