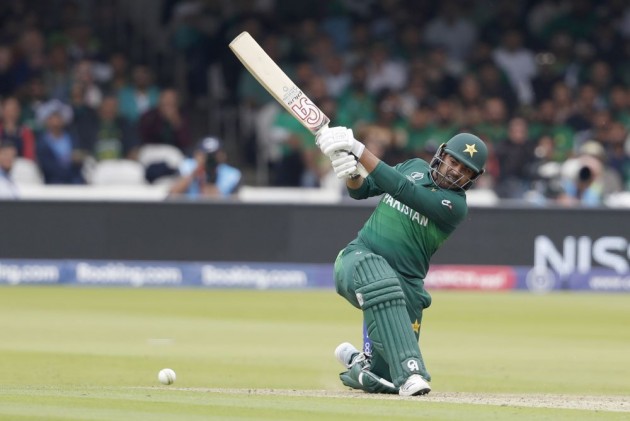 Haris Sohail batted with a point to prove, while Mohammad Amir has a glint in his eye back, according to coach Mickey Arthur after the duo led Pakistan to a vital victory over South Africa. With both teams’ Cricket World Cup 2019 knockout chances on the line, Pakistan came out firing as Haris – playing only his second match of the tournament after being preferred to Shoaib Malik – blasted a brilliant 89 off 59 balls. (HIGHLIGHTS | SCORECARD | POINTS TABLE | FULL SCHEDULE | SEMIS QUALIFICATION SCENARIOS)

That helped lead Pakistan to 308/7 from their 50 overs and Amir promptly removed Hashim Amla with his first ball in the chase, before limiting the Proteas with a 10-over spell of 2/49.

Pakistan secured a 49-run victory that keeps their chances of reaching the semi-finals alive and Arthur was quick to talk up Haris on his return to the side.

“I like to think that every player who gets left out comes back with point to prove,” said Arthur. “I believe Haris is in our top three batsman and he had a particularly good lead-up to the World Cup.

“We went with Shoaib after the West Indies game because, for Haris, there were other issues that need to be continually worked at. But the Haris Sohail we got today was a Haris Sohail that played incredibly well and I couldn’t be happier.

“Since he got left out, Haris has worked unbelievably hard on his game – his fielding and his fitness. He got his just reward for that here.

“I thought he was outstanding and I like seeing players come back like that. That is what we want to try and produce.

“You can’t have comfort zones in any international cricket team. We talk a lot in our team about winning performances – it’s not about the 50 or 80 that personally looks a good performance but isn’t helping us win games.

Amir’s display means he has now taken 15 wickets at this World Cup and consistently been Pakistan’s most dangerous bowling threat.

After some struggles throughout 2018 and into the early part of 2019, the 27-year-old looks backs to his very best and Arthur has seen an added spring in the left-arm seamer’s step recently.

“I’ve always said that Amir is a very smart bowler,” added the coach. “He backs his skills and his skills are excellent.

“You can see the glint in his eye – which is a really good sign. That’s just confidence.

“Our guys need to be built up all the time – when they’re bashed, they don’t respond in a kind way, so hopefully his performance vindicated the talent out there.”