After losing to India in the ongoing Cricket World Cup 2019, Pakistan and Sarfaraz Ahmed were trolled and criticised by countless people. Now it has been revealed that PCB Chairman Ehsan Mani has given his support to the national team captain. 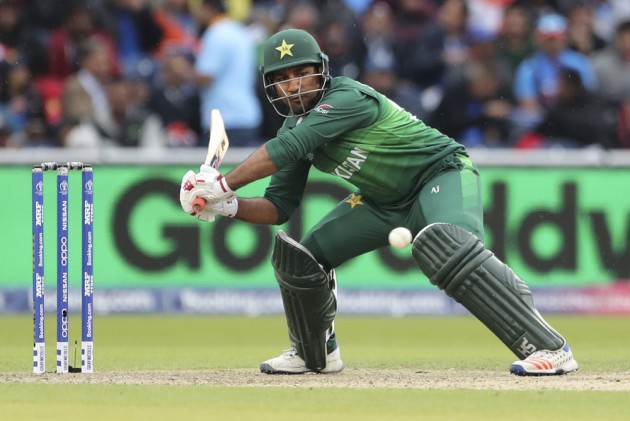 In their previous Cricket World Cup 2019 clash, Pakistan couldn't prevent defeat against Virat Kohli's India. The defeat sent Pakistani fans into an abyss of chaos on social media, with majority of them criticising the players and particularly, skipper Sarfaraz Ahmed. Now it has been revealed that Pakistan Cricket Board (PCB) Chairman Ehsan Mani has told Sarfaraz that the nation stands by the team.

Reported by news.com.pk, it has been revealed that Mani also told Ahmed to concentrate on the remaining four fixtures of the tournament.

Reportedly, the PCB Chairman told Ahmed, that he should get distracted by "baseless news stories". He also him to be calm and lead the team to better performances.

Recently, Sarfaraz had reportedly warned his teammates of backlash back home, if they don't improve their displays.

The Men in Blue recorded an 89-run win via the DLS method. Pakistan could only muster 212-6, after a revised target of 302 within 40 overs in a rain-threatening fixture.

Pakistan are currently ninth in the standings, with three points.