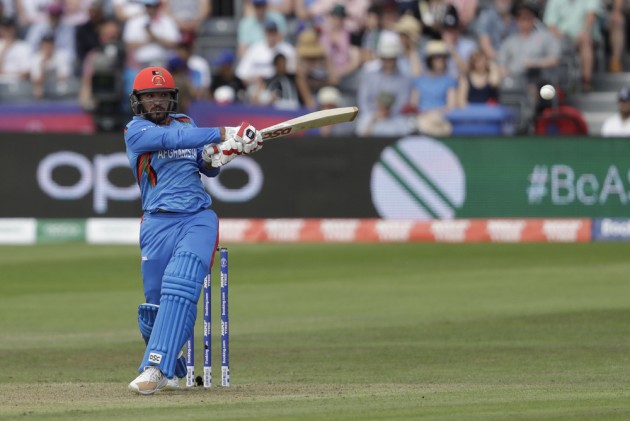 Afghan captain Gulbadin Naib insists his side won't let the row over Mohammad Shahzad's controversial Cricket World Cup 2019 exit overshadow the rest of the tournament. South Africa Vs Afghanistan will begin at 6 PM on June 15, in Sophia Gardens.

Shahzad played in Afghanistan's first two World Cup matches, but the wicketkeeper-batsman was removed from the squad after suffering a knee injury that the country's cricket board said would not allow him to play any further part in the tournament.

The 31-year-old, who scored just seven runs in losses to Australia and Sri Lanka, claimed medical advice he had received said he would have been fit to play in a few days after having his knee drained.

"If they don't want me to play, I will quit cricket," an emotional Shahzad was reported to have told local media after returning to Kabul.

Shahzad, Afghanistan's highest run-scorer in one-day internationals with 2,727 runs, was not selected for the 2015 World Cup due to a lack of fitness. Asked about the row ahead of Saturday's clash with South Africa, Naib made it clear he didn't want to dwell on the situation.

"We looked forward, so we didn't go to the past. We had one week off. We got plenty of good things in this last week," Naib told reporters on Friday.

"Obviously we missed Shahzad. We have good youngsters on the team now on the side, so we're excited for the next game."

With Afghanistan still looking for their first win in this year's World Cup, Naib said star leg spinner Rashid Khan should be fit to play against South Africa.

Rashid suffered a head injury and failed a concussion test, leaving him unable to bowl after he was struck by a bouncer from New Zealand's Lockie Ferguson.

"It's not that serious. Obviously when you are hit hard on the head you have something like a problem, like the head is sore. But now he's feeling well."