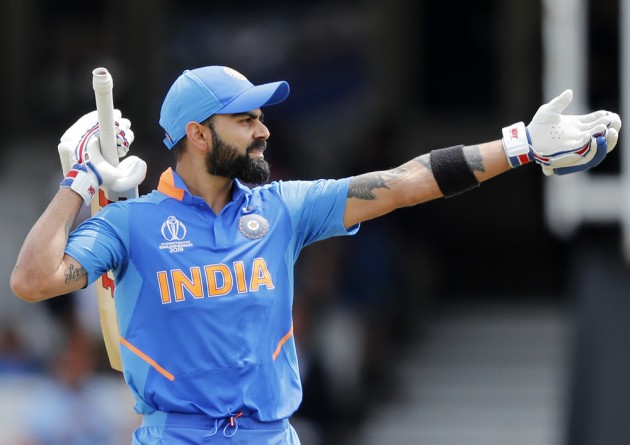 Whenever Virat Kohli plays, he consistently hits the headlines for right or wrong reasons! During India’s Cricket World Cup clash against Australia, the national team skipper helped Steve Smith, who was being booed by the crowd. Now, Aussie legend Steve Waugh has heaped praise on the Royal Challengers Bangalore batsman.

During the encounter, Indian fans taunted and booed Smith, when the defending champions were fielding. The India captain asked them to calm down, and cheer instead. Australia lost the match by 36 runs.

The former Baggy Greens skipper branded it as a “class act”. He feels that Kohli’s way of calming down the crowd was perfect. Smith is on the back of a one-year ban for ball-tampering and has been on the receiving end of fans’ wrath for quite sometime.

Waugh wrote for ICC, “Leadership reveals itself in many forms but I thought Virat Kohli's gesture in calming down the rough reception given to Steve Smith from the Indian spectators was a class act that calmed a volatile situation.”

During the post-match press conference, Kohli stated, “I just felt for him, and I told him, 'I'm sorry on behalf of the crowd because I have seen that happen in a few earlier games as well'. In my opinion, that's not acceptable.”

The 1999 World Cup winner also feels that India’s win over Australia, will reduce pressure and increase confidence for the side.

Waugh wrote, “India against Australia was always going to be a highly charged encounter between two teams that have met on numerous occasions over the past 12 months. This rivalry has revealed no clear dominance by either. India's batting display was both measured and calculated with their plan clear and well executed. Their plan is to lay a foundation by not losing wickets and they stuck to it."

The Men in Blue’s next fixture is against New Zealand (13th June), while Australia face Pakistan (12th June).