Nicholas Pooran had a career-threatening injury in 2015, where he injured his left leg in a car accident in Trinidad. Recently, he smashed 118 off 103 balls in West Indies' Cricket World Cup defeat to Sri Lanka. 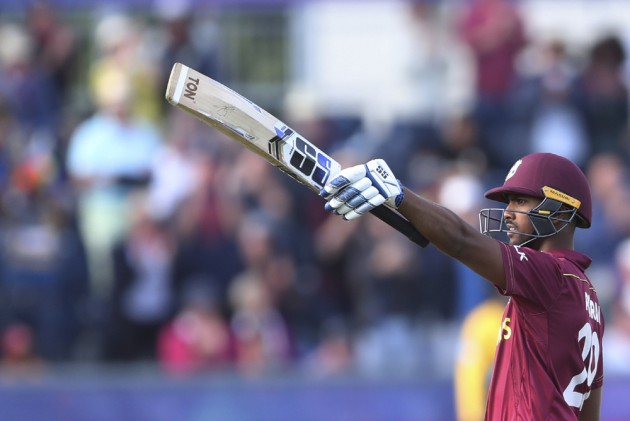 Nicholas Pooran made his ODI debut on February 20, 2019, against England. In total, the 23-year-old has played nine ODI matches and 11 T20Is. Nothing special, right? Well, the youngster just smashed his first ODI century against Sri Lanka, in West Indies' recent Cricket World Cup defeat. It's not the ton which catches our attention, it's his backstory which stands out! From almost not being allowed to play cricket due to a freakish accident, to hitting a World Cup ton is special indeed!

In January 2015, the wicketkeeper-batsman injured his left leg in a car accident in Trinidad. He was 19-years-old back then. A promising cricketer, he was removed from Trinidad and Tobago's team for the Nagico Super50 regional tournament, where he was aiming to make a mark.

After a regular training session at the National Cricket Centre in Balmain, the youngster was on his way back home, but fate had other plans.

"I was coming back home from training, driving," Pooran recalls in an ESPNcricinfo report.

"I was close to home and a car was overtaking another car, so I pulled away. I hit a sand heap and then I came back onto the road and another vehicle hit me," he further adds.

"I was knocked out and then I couldn't remember what happened. I just woke up at the accident and I was like, 'How did this happen?' I was shocked. I couldn't believe that this happened. I was taken in an ambulance, couldn't move my legs," said Pooran.

His left patellar tendon had ruptured and his right ankle was fractured. He couldn't straighten his leg. "At first, I didn't really know what happened. I wasn't too sure. People kept telling me, 'Move your toes, move your toes!' I knew I couldn't move my knee, so I knew something's definitely wrong," said Pooran.

What a powerful day for @nicholas_47 ... Early in 2015 a car accident left him wondering if he would ever walk again let alone play cricket. It took him 7 months to walk unassisted. He had to learn how to walk again. Now he has scored his maiden ODI century. #ðÂÂÂÂÂÂÂÂÂÂÂÂ¯ pic.twitter.com/osVwwRLHMC

"The first thing I asked the doctors was if I could play cricket again," he said.

ALSO READ: Angelo Mathews Bowls In ODI After 18 Months And Instantly Becomes A Hero - This Is Why

At first the doctors were reportedly unsure about his playing future. Only after the surgery, they said there was a chance he could play again.

Pooran had to do two surgeries. The first one was less than 24 hours after the accident. It was done to repair his left patellar tendon. The second surgery was on his right leg to fix the fractured ankle. The second surgery took place a week after his injury.

According to Pooran, it is his therapy after the surgeries, which helped him in making a comeback to cricket, and it took him more than 18 months to do so. That's a long wait for someone who was expected to achieve greatness before Carlos Brathwaite came under the international spotlight.

Against Sri Lanka, he was majestic with the bat, ebbing a calm persona on the pitch.

He made his maiden ODI century (118 off 103 balls), and also his highest senior cricket score, but it wasn't enough as his side fell to a seventh successive tournament defeat against the Lankans. The Windies lost by 23 runs.

After the match, Pooran said, "This hasn’t been a successful tournament for us but as sportsmen you fail more than you win and this has been a learning experience,” he said, after his 118-run contribution. We have a young team and a young batting line-up. Hopefully, a lot of guys like me, Shimron Hetmyer, Shai Hope and Fabian Allen have learned from this tournament."

Pooran and Allen looked to have bought West Indies back on track, but the latter was run out, something which Pooran quipped he 'felt a bit responsible'.

He was then bowled out by Angelo Mathews, in his first ODI cricket delivery for 18 months.

Since hitting the limelight, the youngster has been compared to Brian Lara, but Pooran has gone to state, "I don’t want to be like anyone else, I just want to be Nicholas Pooran."