Cricket World Cup, India Vs Afghanistan: How Many Wickets Has Rashid Khan Taken Against Virat Kohli's Side?

In Afghanistan's upcoming Cricket World Cup clash, Virat Kohli's India will need to watch out for Rashid Khan, who has already registered impressive figures against them. 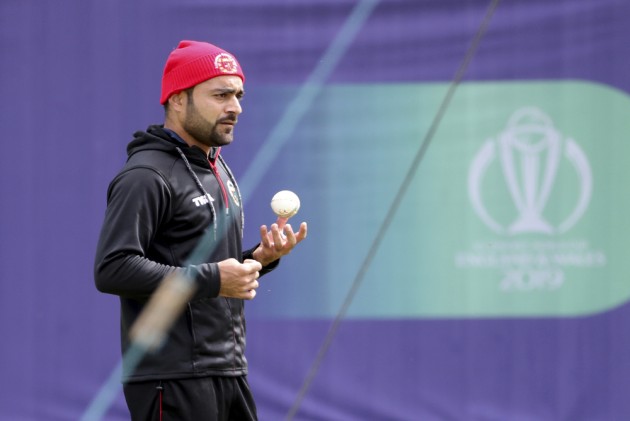 Lowly Afghanistan gear up for their upcoming Cricket World Cup clash against Virat Kohli's India, at Rose Bowl Cricket Ground, on June 22. Going into the fixture, the Afghans will be depending a lot on their underperforming star bowler Rashid Khan. Let's see what his ODI bowling stats have to say about him!

Rashid has bowled in 60 ODI innings, since making his debut on October 18, 2015, against Zimbabwe at Queens Sports Club.

Over the years, the right arm leg-break bowler has registered 128 wickets and conceded 2,141 runs. Khan also has a 4.09 economy rate.

The 20-year-old became the most expensive bowler in this tournament's history during his side's loss to England, at Old Trafford on June 18.

Afghanistan have lost all their WC matches (played five). Therefore it is pretty natural for conspiracy theories to float out from their camp. One such conspiracy theory is that Rashid doesn't enjoy a good relationship with skipper Gulbadin. According to reports, Khan and Mohammed Nabi didn't like it when Gulbadin replaced Asghar Afghan as captain for the global showpiece event in England and Wales. Also apparently, their reservations regarding Naib wasn't received well by the ACB.

The right-arm leg break bowler revealed that there is no problem between him and Gulbadin. He further went on to state that Naib has the same amount of support as it was for Asghar. "If I supported Asghar 50 per cent on the field, Gulbadin has my 100 per cent support," Rashid told PTI, ahead of his side's clash against India.