Cricket World Cup, India Vs Afghanistan: It Is Difficult To Wait For Your Turn To Bat, Says Kedar Jadhav

In India's Cricket World Cup win over Afghanistan, Kedar Jadhav got to face 68 balls, unlike the previous fixtures. 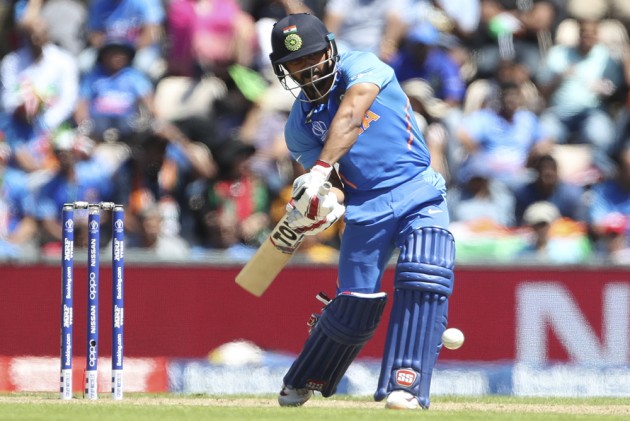 Kedar Jadhav registered a slow 52-run knock off 68 balls, in India' win over Afghanistan in the ongoing Cricket World Cup. The right-handed batsman usually comes in right before the Men in Blue's bowlers and has revealed that it is pretty difficult to wait for his chance to bat.

The 34-year-old didn't get the opportunity to bat against South Africa and Australia. Meanwhile, against Pakistan, he faced only eight balls.

"The most difficult part is to wait for your turn, and it's like you get to bat so many deliveries, may be once in a tournament. It has been like this from the time I started playing for India and our top order has been very good since last four years," Jadhav told PTI.

He went on to express that usually his time at tthe crease is very meagre if things are going well for India. He stated that against Afghanistan, he was sent at No.6 as a conscious effort.

"To be able to score runs and get what your team needs, you need to give yourself time because then you cannot ask again. So it was important to use those many balls to get set and then you choose your bowlers and choose your areas," he said.

Jadhav further opined that the wicket at Rose Bowl was not conducive for strokeplay. "I guess the wicket was slow and the balls were turning. So it was difficult to play shots. It's also not wise to hit when there is turn. So our actual plan was to look for around 250 but we fell short by 20 to 30 runs (from par score)," stated Jadhav.

"So while going for fielding, we knew that we have to make up those 15 to 20 runs on the field. Obviously, the credit goes to the bowlers that they defended this small total. Also we had faith in our death over specialists."

Virat Kohli's side are currently in the standings, having not lost a match yet. They face lowly West Indies next, on June 17 at Old Trafford.