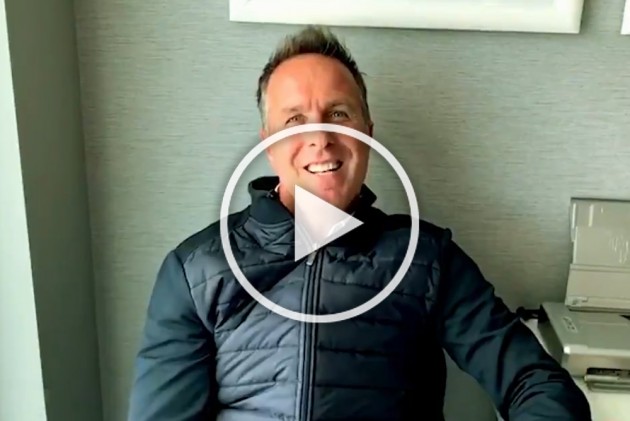 In a video with Cricbuzz, an energetic Vaughan selected his players in a short clip.

Before starting off, he warned the viewers, "this is going to upset a few!" Well Michael, it obviously will, considering that both nations are crazy about cricket!

"Number one, Virender Sehwag.......Number two, Sachin Tendulkar! The best combinations I have ever seen," said the 44-year-old. We agree with you too!

He continued, "Number three. The greatest white-ball player of all time, Virat Kohli."

As we built-up to the mega clash between India and Pakistan. Former England captain @MichaelVaughan picks his all-time Indo-Pak XI. Have your favourites made the cut? Share your eleven.#INDvsPAK #ViratKohli #MSDhoni #CWC2019 pic.twitter.com/vyZWMloMwM

"His running between the wickets might be a little dodgy, but Inzamam will be my number four," stated Vaughan.

For his all-rounder, he went with Pakistan's Imran Khan. In his bowling department, he selected Wasim Akram, Anil Kumble, Jasprit Bumrah and Waqar Younis.

Out of all the players, only three are currently participating in the ongoing tournament; Kohli, Dhoni, and Bumrah! Interestingly, there are no Pakistani players in his list, who are in the 2019 World Cup. Well, this is an amazing all-time XI, one which could send any opposition into a state of fear!