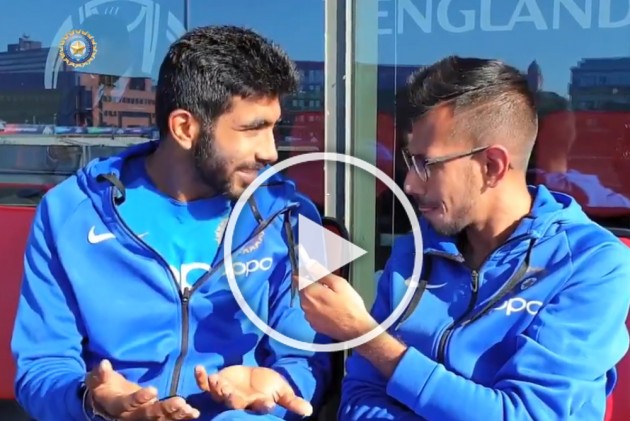 Dhoni has been criticized plenty lately, mainly due to his slow batting approach in the ongoing global showpiece event. Against Windies, Dhoni registered 56 runs in 61 balls, racking runs in the last over, as India notched a 268-run total, which turned out to be no match for Jason Holder's side.

Chahal TV ðÂÂºðÂÂº: @Jaspritbumrah93 on the @msdhoni effect in Manchester & the ball that almost got him the hat-trick ðÂÂÂðÂÂÂ #TeamIndia #WIvIND #CWC19 - by @RajalArora @yuzi_chahal

Bumrah said, "The innings that he played is the kind which is very under-rated. Sometimes you might feel that he is batting slow but sometimes it is important that he takes time, which he did."

"He absorbs the pressure and takes the game deep. It was top-rated innings and got us to 268, which was a good total on this pitch. He knew there were pinch-hitters coming later so he could take his time. Youngsters can learn a lot from this knock," he further added. Also Chahal was full of praises on Dhoni.

Bumrah himself had an excellent performance against West Indies with 2/9 figures in six overs. Next up, the Men in Blue face England on June 30, in Birmingham.