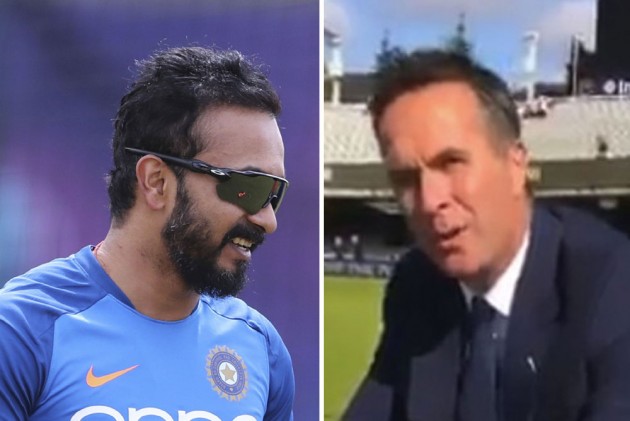 Michael Vaughan found himself in a nasty online row with an Indian fan after the former England cricket team captain named Kedar Jadhav as his "new favourite player" on Wednesday.  (HIGHLIGHTS OF INDIA Vs SOUTH AFRICA | SCORECARD)

Jadhav, who has a unique bowling style, was seen in action during India's ICC Cricket World Cup 2019 opener against South Africa at Rose Bowl in Southampton on Wednesday.

Here's how it all started.

Typical English ex-player-turned-expert. Even the best of them (Vaughan isn't one of them) only follow non-England players when they play in England, and even if they've played there before, they react like they're watching them for the first time, often with condescension. https://t.co/LEUTVJHpV6