2020 wasn't the best year for cricket but the world in general encountered the worst. Here's a look at cricket's defining moments in the past 12 months 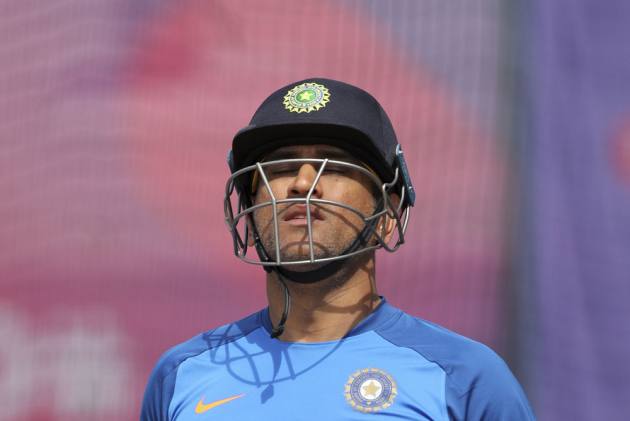 An epic Test win after an all-time low was the only silver lining in a year when Indian cricket swung between hope and despair trying to accept the new normal and coming to terms with a life without Mahendra Singh Dhoni. (More Cricket News)

The challenges in a post-COVID-19 world were new and unusual but unlike other Indian sports, cricket could partially redeem itself, thanks to the deep pockets of the BCCI and an intent to ensure that the "show must go on" with a glitzy Indian Premier League in an alien land.

While the tournament passed off without any major glitch but life inside a strict bio-secure environment made a lot of elite cricketers revisit their priorities -- what's more important, the little joys of a quiet life or the adrenaline rush and appreciation of a great performance.

For a few like Kagiso Rabada, bio-bubble felt like a "five star prison" and some like David Warner raked up the debate on whether one would like to forego a few dollars and decide how much cricket he would like to play if the new normal becomes absolute normal.

For the more pragmatic ones, it was about getting to play the game they love when the whole world is facing crises of a different kind.

Egging oneself up in front of empty stands and the artificial crowd support isn't the easiest of jobs for those who find the decibel pitch at the stadium organic and intrinsic to a player's performance levels.

Indian captain Virat Kohli loves that cheer, the noise reaching its crescendo as he hits those unbelievable shots.

It's uplifting for him, something that he missed due to COVID-19 during the moderate IPL that he endured and a rare year in the international calendar in which he finished without a single hundred across formats.

It wasn't as if Kohli was in poor form as there were those 70s and 80s but for someone who has spoilt his fans, they did yearn for more in a year which he would accept was underwhelming by his standards.

Losing three out of the three Test matches he captained in two and half days each is something that Kohli would love to forget in a hurry and especially, the ignominy of leading India to its lowest ever Test score of 36.

Not exactly his finest hour as captain.

But as he spends some priceless moments with a new-born in his arms, he would certainly appreciate how his deputy Ajinkya Rahane lifted the team like a proverbial phoenix rising from the ashes.

As coach Ravi Shastri rightly termed it as one of the "great comebacks", the victory in the Melbourne Test also ensured that India didn't end up with a winless year in Test cricket in decades.

It wasn't easy for performers to remain in lockdown for six months but then IPL happened and even in gloomy circumstances, it was like a breath of fresh air.

Watching an unknown entity called Rahul Tewatia hit five sixes in an over was a way better deal for the couch potatoes.

But before IPL could start, India got a jolt on August 15.

There are certain kinds of news that one always apprehends but is never prepared for.

The retirement of Mahendra Singh Dhoni from international cricket was one such news.

And Suresh Raina's decision to toe his captain's line was a double whammy for the Chennai Super Kings fans, who still had the worse waiting for them.

An IPL when they didn't qualify for the play-offs and had their worst season that started with 13 COVID-19 positive cases and Raina being sent back after an alleged breach of COVID-19 bio-bubble even though the official reason given was personal.

There was no such trouble for Rohit Sharma as he established himself as the best Indian captain in the shortest format with five IPL trophies but it did come after a slight controversy when he decided to play with an injured hamstring which didn't go down well with the BCCI.

Sharma is now in Australia and would be in whites at the SCG during New Year.

The successful organisation of the IPL in these difficult times was a sure high for the Indian board but the inability to start the new domestic season in 2020 was certainly a red dot in its report card.

In world cricket, Michael Holding's passionate speech on 'Black Lives Matter' and the West Indies and England players taking a knee were among the most poignant sights.

South African cricket remained mired in an administrative mess while the global cricket body ICC got its new chairman in new Zealand's Greg Barclay, who started by pointing out that the World Test Championship lacks context.

Dean Jones's sudden death in Mumbai and Chetan Chauhan's failure to win the battle against COVID-19 were some of the tragedies that the game encountered.

It wasn't the best year for cricket but the world in general encountered worst.