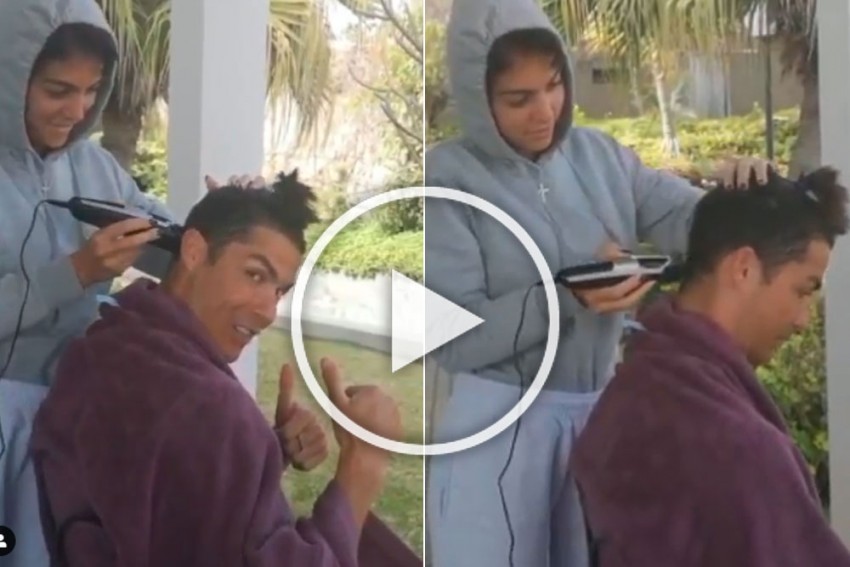 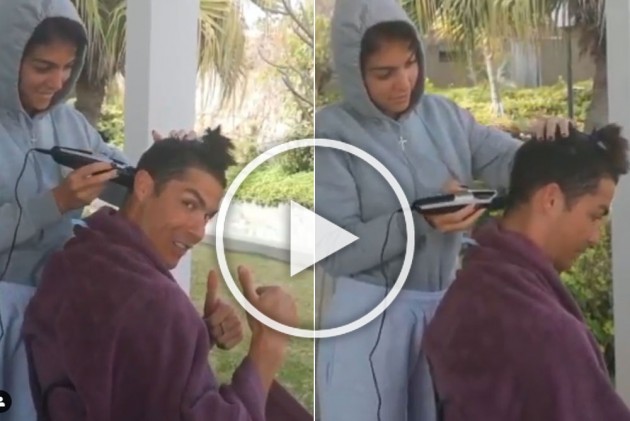 Portuguese football star Cristiano Ronaldo put up a video of himself getting a haircut from girlfriend Georgina Rodriguez at his home in Madeira for his 210 million plus followers on Instagram.

Ronaldo has been in his hometown for over a month now after football in Italy was suspended due to the coronavirus outbreak in the country. Italy is one of the worst affected countries by the pandemic with nearly 15,000 deaths and 118,000 infected cases.

Ronaldo and his teammates at Juventus have agreed to waive off four month's salary that will save the club more than 90 million Euros. Three Juventus players have also tested positive for coronavirus. Defender Daniel Rugani was the first to be reported and eventually, midfielder and French World Cup winner Blaise Matuidi and Argentine star Paulo Dybala all tested positive.

Italian football authorities have stated that the Serie A will not resume until the health situation in the country improves.

"With regards to the possible completion of the remaining Serie A and Coppa Italia matches, Lega Serie A will only consider the resumption of sporting activity when health conditions allow it, adhering, as it has always done, to government decrees and taking into primary consideration the protection of the health of the players and all those involved," said the league in its official statement.