Eleven years on from joining Real Madrid, we look back on Cristiano Ronaldo's time in Spain, with a little help from Opta. 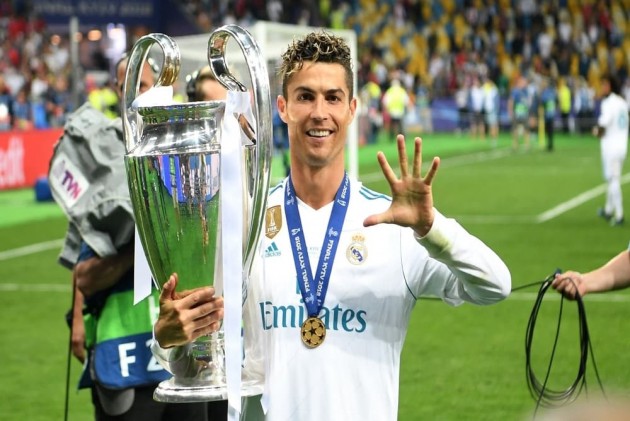 Cristiano Ronaldo's impact at Real Madrid was truly phenomenal – there's certainly an argument for him being the greatest signing in the history of the sport.

But when his move from Manchester United to the Santiago Bernabeu was completed on June 26, 2009, there was certainly more than a hint of scepticism.

Let's not forget, when Madrid paid a reported €94million (£80m) for him, Ronaldo became the most expensive footballer ever at the time, breaking a record that had stood for eight years.

There were plenty of people suggesting Madrid had paid over the odds for him, but now we all know what a remarkable signing he was for Los Blancos and Spanish football until his departure for Juventus in 2018.

On the 11th anniversary of Ronaldo joining Madrid, we look back on his time with the club and his legacy, with a little help from Opta.

The early years – finding another level

Ronaldo had already won the Ballon d'Or during his time at Old Trafford, so his quality was never in doubt, but a haul of 33 goals across all competitions in his first season with Los Blancos was an impressive start, particularly given it was an increase of eight on his final campaign in England.

But it was just the tip of the iceberg. As it would turn out, 2009-10 was the only one of Ronaldo's nine seasons with Madrid in which he failed to reach the 40-goal mark.

Granted, the Portugal star played significantly more games over the next few years, but to maintain that consistency – and arguably improve on it – over 50-plus matches without suffering fatigue is genuinely remarkable.

In 2010-11 Ronaldo claimed his first trophy for the club – the Copa del Rey – and had a hand in 69 goals (53 scored, 16 assisted) in 54 matches. He then improved on that further the next year, his 60 goals and 15 assists helping Madrid to their first LaLiga title in four years and the Champions League semi-finals.

By 2012, Ronaldo was already finding himself mentioned in debates regarding the "greatest player of all time" – that would only intensify in the coming years.

The Champions League has long been an obsession of Real Madrid's, and so too it became a major goal of Ronaldo's – after all, three successive last-four eliminations meant five full seasons passed without the forward lifting the famous trophy.

For Madrid, the barren run had been even longer. They'd been chasing 'La Decima' since 2002, but finally, in 2013-14, the wait was over – Ronaldo's 65 goal involvements (51 goals, 14 assists) leading them to a European and Copa del Rey double. His late penalty in the 4-1 win over Atletico Madrid that saw them crowned Champions League kings took his tally to 17 goals for the season in that competition, a record.

Three more Champions League titles followed over the next four years, though 2014-15 – when Ronaldo enjoyed the best individual season of his career with 61 goals and 21 assists – was the anomaly. He would only score in one of those three finales, however, the 4-1 over future employers Juventus, though he did net the decisive shoot-out spot-kick a year to again break Atletico hearts in 2016.

Ronaldo's final two years in Madrid saw the club win a total of eight trophies, while he scored 86 times and moved level for a while on five Ballon d'Or wins with Lionel Messi.

Ronaldo became synonymous with the Real Madrid brand – it became difficult to imagine the two without each other, but in 2018 they parted ways, ending one of the most iconic player-club associations in modern football.

Across his nine years with Madrid, Ronaldo scored 450 goals and laid on another 119. The former figure makes him the club's all-time leading scorer.

He surpassed Raul (323) in October 2015, having already cruised past the like of Ferenc Puskas, Carlos Santillana and Alfredo Di Stefano.

Of those goals, 311 came in LaLiga, a figure only Messi (440) can better – though the Argentina star has spent his entire career in Spanish football.

While all defenders are likely to have been glad to see Ronaldo leave LaLiga, he had a particular penchant for netting against a select few teams. Barcelona (18), Celta Vigo (20), Atletico Madrid (22), Getafe (23) and Sevilla (27) were his most frequent victims.

But it wasn't just LaLiga opposition against whom he thrived – he was the first player to score 10 Champions League goals in seven successive seasons and to reach a haul of 100 in the competition for a single club.

At the age of 35, he continues to excel for Juve in Serie A. But it was with Madrid where his impact was most felt, and it will be a long time before the club see anything even remotely comparable again, if they ever do.

450 - Cristiano Ronaldo scored 450 goals for @realmadrid in all competitions, 243 at home, 194 away and 13 neutral. Variety. pic.twitter.com/gUBSSVdj1M