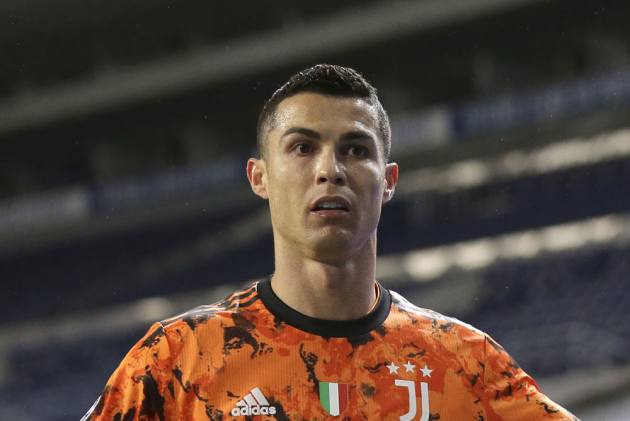 Once again, Cristiano Ronaldo could be playing his final match for Juventus. (More Football News)

Juventus met with Ronaldo's agent, Jorge Mendes, on Thursday. The talks lasted about an hour and a half but little reportedly came out of them.

Ronaldo ripped off his shirt in celebration last weekend after scoring what would have been the winning goal, only for it to be ruled out for offside. He'll get another chance on Saturday against Empoli.

The 36-year-old Ronaldo has only one year left on his contract, and with no apparent offer on the table, Juventus is eager to settle the matter one way or another.

The transfer window closes on Tuesday and even his teammates say they have no idea whether Ronaldo will be with them past that date.

“He has not told me anything about his future and we don't know if he will stay, but I hope he will stay for a long time," said 19-year-old Kaio Jorge, who just joined from Brazilian club Santos.

"Cristiano Ronaldo has always been a source of inspiration for me. I will be by his side every day to learn as much as possible from him.”

Ronaldo didn't start Juve's opener against Udinese last week, amid reports he had asked to be on the bench. When he did come on in the second half, his injury-time goal was ruled out and the match finished 2-2.

Both the club and coach Massimiliano Allegri insisted it was a coaching decision to keep Ronaldo on the bench at the start. Ronaldo hurt his arm in training on Wednesday but is still expected to start against Empoli.

Ronaldo's time at Juventus will be judged with mixed feelings. The five-time Ballon d'Or winner was signed from Real Madrid in 2018 for a club-record fee of more than 100 million euros ($119 million) with the aim of winning the Champions League. But Juventus has not gone past the quarterfinals since his arrival and was eliminated in the round of 16 the past two seasons.